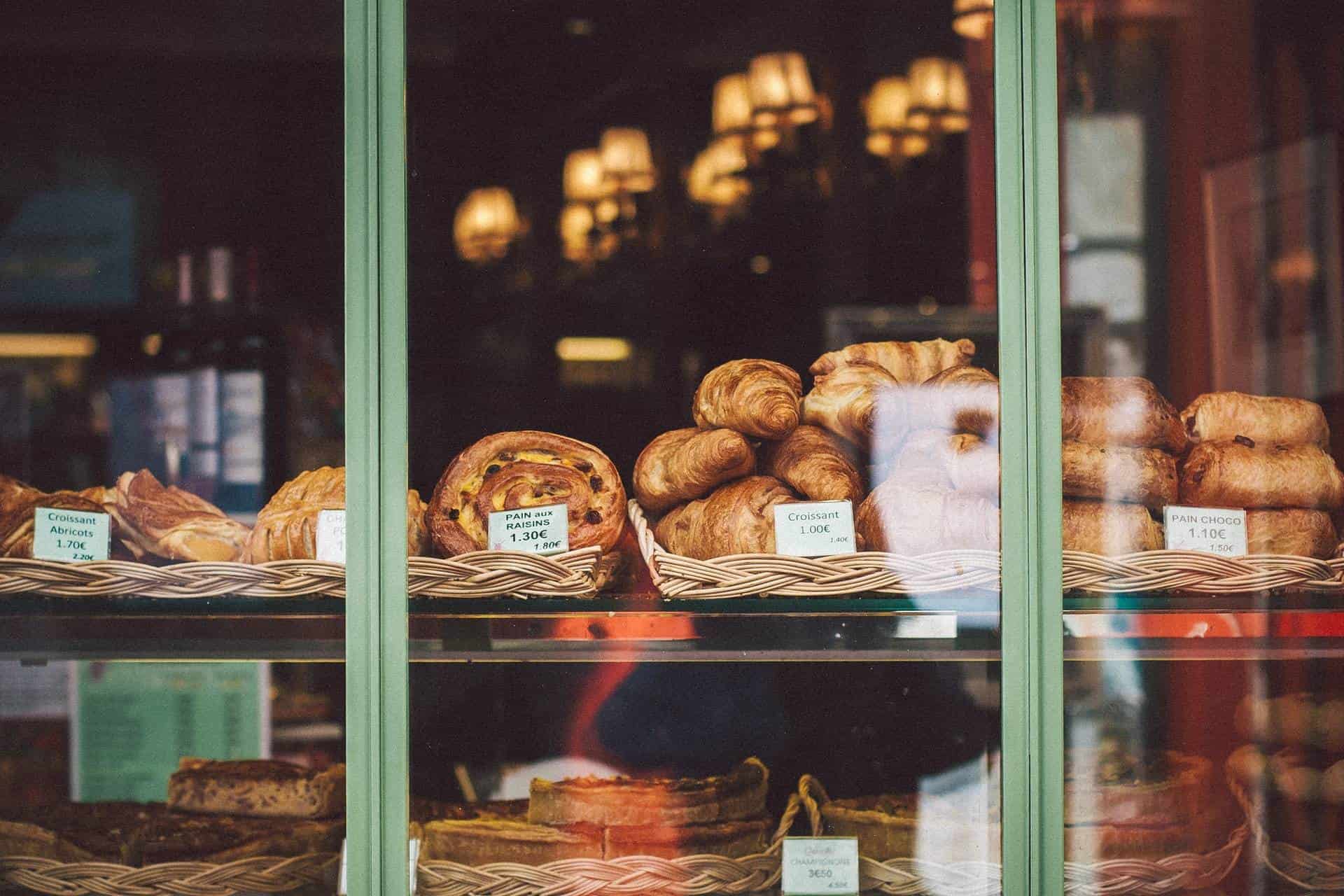 If, like me, you live to eat rather than eat to live…you’re probably on the hunt for some of the best things to eat around the world and adding to your food bucket list as we speak. Foodie travels are the best, right?

Do your travel plans revolve around which restaurants you want to eat at? Or what delicious delicacies you can dip into? Your daily itinerary takes food into account more than sightseeing?

After binge watching Netflix’s Somebody Feed Phil I became just a little bit more obsessed with food and how it fits in so well with my passion for travel. Eating in foreign destinations is one of my most favorite things to do. Some of my favorite food memories while traveling include a pulled pork sandwich in Edinburgh, seafood Pad Thai in Koh Phi Phi, butter chicken and garlic naan on a beach in Goa, and the most tender and delicious calamari in Cape Town.

Food is one of the greatest ways to get to know a destination. To delve into its culture, its people, its land, and to figure out what makes it tick. No matter where you go, you’ll likely find something delicious. Though, some places are better than others. And there are certain delicacies around the world that would appeal to more palettes than others. Then there are the foods that are just so damn delicious you won’t truly have lived until you’ve tried them.

So, for the foodie travelers out there. For the guys that dream about food in far flung destinations. Here is the ultimate food bucket list of things to eat around the world.

Side note: you may want to have a few snacks nearby as you’ll most definitely be salivating before the end of this post. I’ve already dipped into my stash…

Yes, yes. It’s a bit cliché. But the best things are, aren’t they? That’s why everyone harps on about them. The original pizza originated in Naples, so if you’re the traditional type then that’s where you should head over to. Though, you’ll still find mouth-watering pizza’s all-around Italy – with Rome and Florence being other top spots.

Don’t expect all the toppings. Pizza in Italy is kept basic, as it should be, with the classic margherita being a favorite throughout the country.

While you’re here, you must of course indulge in every kind of pasta available, antipasti, gelato (here’s the best gelato in Rome), cheeses, Parma ham, desserts, Limoncello, and true Italian coffee.

Pastel de natas are like little parcels of heaven, in the form of custard. Nowhere else in the world will you get a custard tart (pastel de natas) like you’ll get in Portugal. These simple tarts are best served fresh, warm, and sprinkled with a bit of sugar. And don’t make the mistake of ordering only one…

One of the most famous places to enjoy these heavenly treats is Pasteis de Belém in Lisbon. Queues often stretch out along the pavement – so go early.

While you’re in Lisbon, other foods to look out for include seafood, piri piri chicken, Bacalhau, and bifana (a beef sandwich).

You’ll want to pair your pastel de natas with a coffee – here’s how to order a coffee in Portugal.

Sushi and sashimi in Japan

Head to the source for some of the freshest sushi and sashimi that you’ll ever taste. Be sure to first learn what the difference between sushi and sashimi is before you go. Sushi is combined with other ingredients, namely rice, raw fish, seaweed, cucumber, soy paper, and avo. Sashimi on the other hand is thinly sliced raw fish, like tuna or salmon.

When in Japan, you can enjoy sushi and sashimi all over, from market stalls and simple take-away joints to fine-dining restaurants.

Other foods to try while in Japan include tempura, sukiyaki, ramen, karaage, okonomiyaki, udon, and dumplings.

We love Japanese food so much that we have a few posts about what to eat in Japan, check them out:

We’ve all had the day dream…sitting at a sidewalk cafe on a busy (though, not too busy) side street in Paris sipping on espresso and eating an endless supply of fresh croissants.

Yep, that’s the dream. It’s as simple as a fresh, flaky, buttery, and steaming croissant. We don’t ask for much, do we? Just keep ’em coming.

If you manage to pull yourself away from that quaint cafe, make sure to head to a bakery and pick up some of the other delicious pastries that the French love to produce (pop in a few macaroons while you’re there). Add your patisserie finds to a picnic basket filled with French wine, cheese, cold meats, a baguette, some Le Beurre Bordier butter, and a few chocolates and head to the Eiffel Tower for a picnic. You can’t get more bucket list than that now, can you?

For more Parisian delicacies, check out our guide to food in Paris.

All the food in Mexico

It’s hard to choose one particular food that you absolutely have to eat in Mexico. Tacos, tortillas, carnitas, nachos, quesadillas, fajitas, and churros are the typical favorites. But then there’s also pambazo (a Mexican sandwich dipped in salsa), flautas, tlacoyos, tostados, and beef barbacoa. Everywhere you look will be something new and different.

It’s a definite food bucket list, that’s for sure. Even vegan travel in Mexico is possible!

Add some tequila, mezcal, margaritas, and a few local beers and you’ve got yourself a good time. And if you love cooking, then check out this culinary experience of learning how to make mole poblano sauce.

P.S – here’s how to avoid food poisoning in Mexico!

Visiting New York is on many a bucket list. It’s famous for its skyscrapers, Broadway theatres, cinemas, and electronic billboards. It’s also famous for its bagels – you can find them everywhere, from bagel shops and corner delis to street carts.

You also get all kinds of flavors, like poppy seed, sesame, cinnamon raisin, garlic, dried onion, and salt. They can be eaten plain or smothered in butter and cream cheese. Some have fillings like smoked salmon, red onions, tomatoes, or meats.

Walking through the streets of Bangkok is an assault on your senses, that’s for sure. The smells, sights, sounds, and tastes that waft through the streets is a unique experience all on its own. From fragrant curries, satay skewers, stir-fries, noodles, and fresh seafood to sweet desserts and a few surprises (hint: they have more than four legs!).

The best part is that it’s cheap – so you can try a little bit of everything!

Chatuchak market is one of the most popular markets in Bangkok – and you’ll find some great food there!

Get your tea-drinking pinky finger and best High Tea outfit ready. The scones are waiting! For lovers of the finer things in life, experiencing a typical High Tea in London is top of the list. It can be pricey, but there are quite a few spots around the city offering their own version of this tea time tradition that you’ll likely find a place within your price range.

London’s food scene is buzzing, any foodie will be in gastronomy heaven in the city. Some of the world’s best restaurants are found here, with foods from around the world.

Like Bangkok, walking through the markets of Marrakech is packed with colorful sights, sounds, and smells. Experience the elaborately poured mint tea in the traditional Riads and take in the colorful pyramids of spices at the markets. Then, when the sun sets, settle down and enjoy a traditional tagine at one of the local restaurants – saffron and lobster is a popular choice.

Learn to start your day off the hearty way with a traditional full Scottish breakfast. Like a typical British fry-up with eggs, sausages, bacon, beans, and toast, the Scots also add in tatties (potato scones) and a slice of black pudding.

Not everyone is a huge fan of black pudding, but it’s just one of those things that you must try at least once. Even if it’s just to confirm that you don’t like it :).

Check out these other regional British foods to try out and these places to find vegan Haggis in Edinburgh!

Here are a few more of our foodie travels posts: