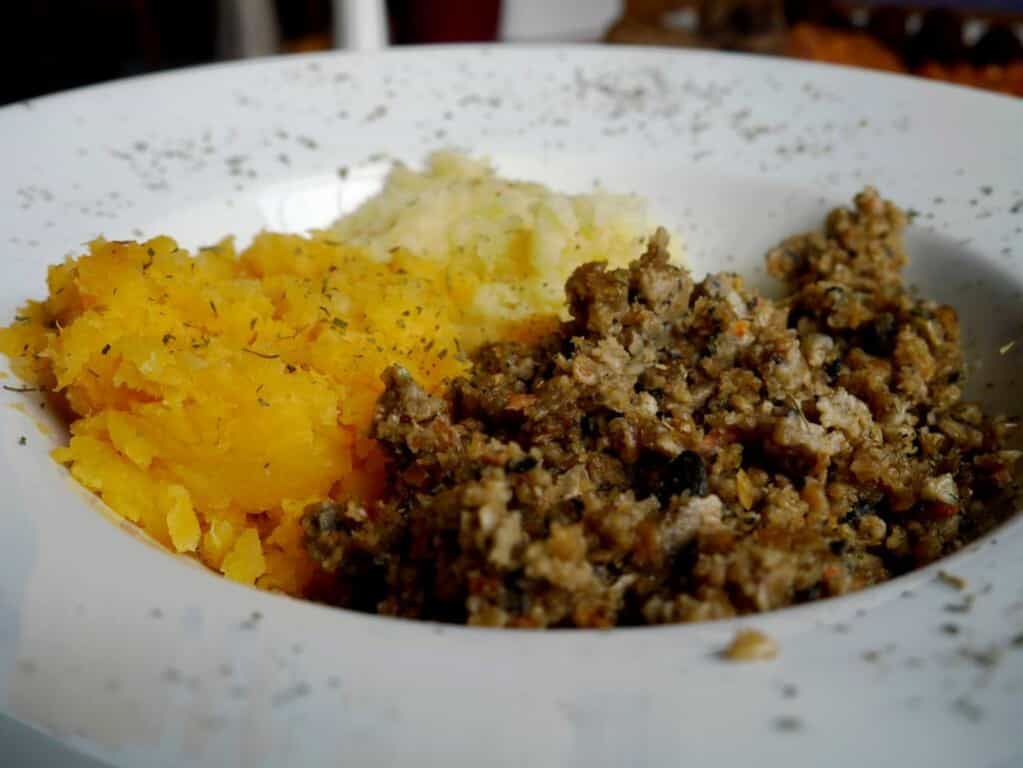 There’s an abundance of classic traditional Scottish recipes to be tried, but most of them revolve around beef and lamb – so what if you’re a vegan traveler?

Scotland is far more open today towards veganism and vegetarianism than it has ever been before, and if you do a search for vegetarian restaurants in the major cities you’ll be pleasantly surprised by the wide range of choices available.

Glasgow has for the past half decade been cited at the ‘Vegan Capital of Scotland’, but Edinburgh has really started to make a fight to be top.

Haggis is one of the most desired vegan choices to be replicated from Scotland’s classic table of produce and the the following vegetarian-friendly and vegan restaurants in Edinburgh have it ready with plenty of neeps and tatties on the side for you to stop by and order. So where should you go for the best haggis in Edinburgh?

Hendersons of Edinburgh is a vegetarian deli that has been open for more than fifty years selling produce from local farms, but it’s what they do with the local produce that makes them one of the most famous vegetarian restaurants in the UK.

Split across two floors, the deli upstairs sells a mixture of packaged and fresh foods, whilst downstairs is a mixed restaurant and buffet selection that will have your mouth watering on first sight.

Needless to say that vegan haggis is on the menu here and should be ordered alongside any of the delicious fresh veg on display.

Whilst the shop is small, the queue of eager to order customers is not. The Baked Potato Shop is now internationally famous for servering some of Edinburgh’s most accessible tastes, and the vegan haggis is just one of them.

Ordering a freshly baked jacket potato topped with haggis is a must for all hungry travelling vegans.

The menu at The Auld Hoose is a mixture of classic recipes and student food, but the most important part for vegan travellers like yourself is the vegan haggis in the veggie breakfast, or the plate of vegan neeps and tatties. Both of which are delicious, but it’s the vegan haggis on it’s own that’s champion here.

Clearly, no matter how you choose to have your vegan haggis served to you, the choices are there and ready to be devoured, enjoyed, and ordered again each day your in the Scottish capital of Edinburgh.

Don’t miss out on enjoying some haggis in Edinburgh!

Things to Do in Faro with Kids

A Guide to Visiting Bergamo, Italy