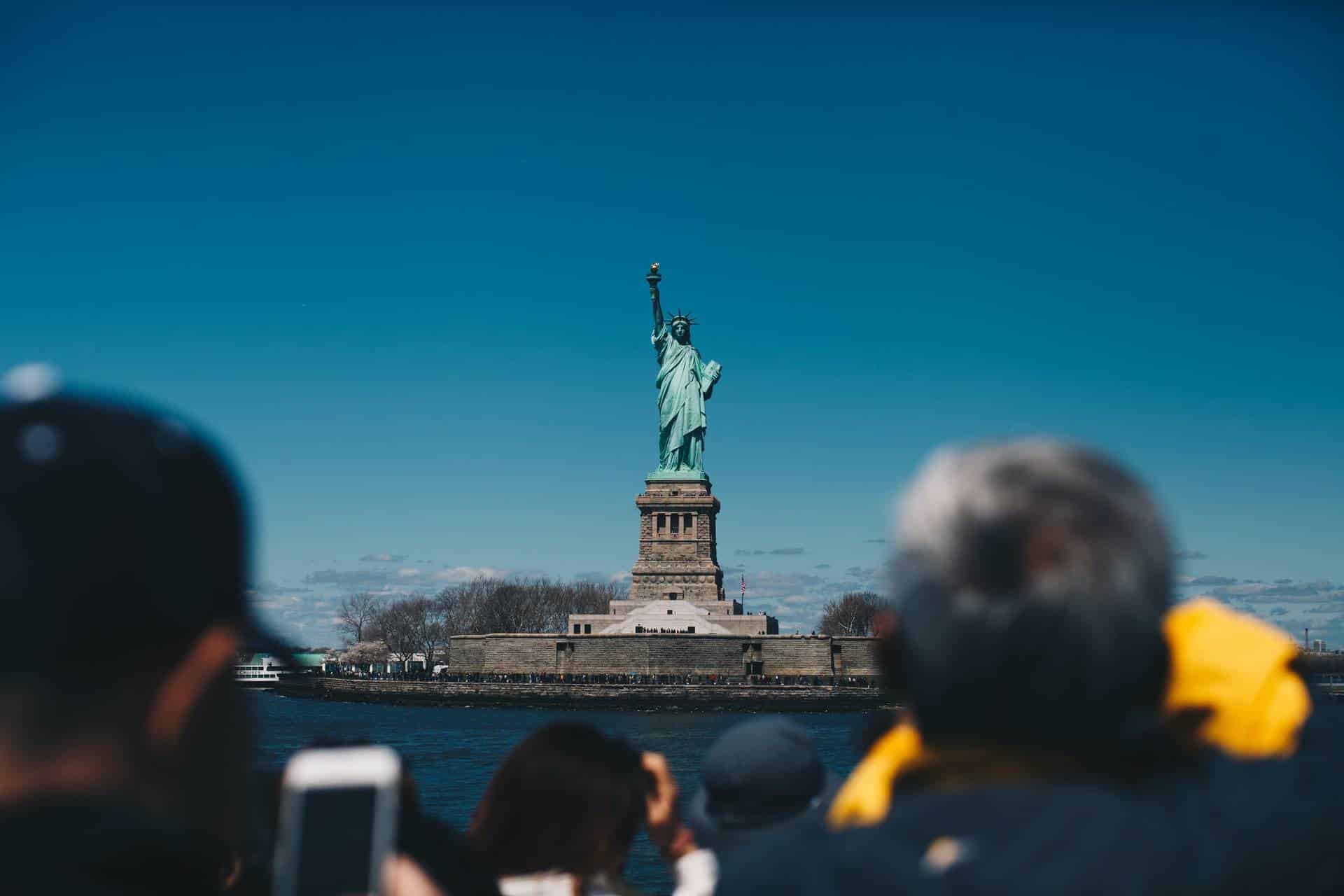 New York is not short on iconic landmarks and visiting the Statue of Liberty is generally near the top of most visitors’ list.

There are plenty of places to stay in New York so choosing where to stay shouldn’t be a problem but finding time to see everything is your biggest issue in the city that never sleeps so some advance planning is really important.

The Statue of Liberty was a gift from France as a symbol of the international friendship forged during the American Revolution. It was dedicated on 28 October 1886, designated as a National Monument in 1924, inscribed as a World Heritage Site in 1984 and restored for her centennial on 4 July 1986.

Here’s everything that you need to know about visiting the Statue of Liberty when touring New York.

To get the most out of your visit to the Statue of Liberty, here are some handy tips:

Book Your Statue of Liberty Tickets in Advance

Crown tickets have limited availability so don’t rely on buying them on the day of your visit. You would still be able to get the ferry to Liberty Island but it wouldn’t be the full visit you’ll tell your grandchildren about.

Weekends and summer is always the busiest so plan a weekday visit, if possible. Try to book the first ferry and arrive early as lines to board can still be long.

Be prepared for airport style security checks so take that Swiss army knife out of your daypack and bring as little as possible. Security lines can be long so the earlier you arrive the better.

You can’t bring a full hamper but bring a sandwich and some snacks as there are concession stands on Liberty Island but the queues can be long and not really worth the wait.

As well as the lines to board the ferry and get through security checks, without including travel time, you’ll need at least 2 hours on Liberty Island and probably 6 hours if you plan to visit Ellis Island too. Don’t rush it! When are you next going to be here?

A ticket to Liberty Island includes a visit to Ellis Island so do stop off and see the Ellis Island Immigration Museum.

Prepare for All Weather

With trips on ferries and being on an island it means you’ll be exposed to the elements so come prepared. Bring a small sunblock and reapply regularly as sometimes the wind will fool you into thinking you’re not getting sunburnt. Pack a raincoat in case the weather changes as it’s no fun being soaked all day.

When it’s time to head inside the Statue of Liberty you will have to leave any large bags as it’s a small purse or camera bag only. There are lockers in the gift shop but it’s generally better not to have taken too much in case the lockers are all in use.

The ferries and Liberty Island are accessible but if you want to go to the crown is a fair old climb. It’s 354 steps and that’s the equivalent of a 27 storey building. It can be hot in there as it’s a cramped space so you’ll be glad not to be carrying a bag too. It’s recommended you have a drink of water before climbing as it can be 20 degrees hotter inside the statue. Do note though there are no toilets in the statue so you’ll have to wait until you get back down.

All tickets to Liberty Island include a free Park Ranger-led tour (English only). Tours last around 30 minutes and are a good way to find out more about the Statue and the island’s history.

Self-Guided Audio Tours are included in the price of your ticket too and come in 9 languages for adults and 5 languages for children.

Check out our guide for other free things to do in New York.

8 of the Best Things to do in Nicaragua