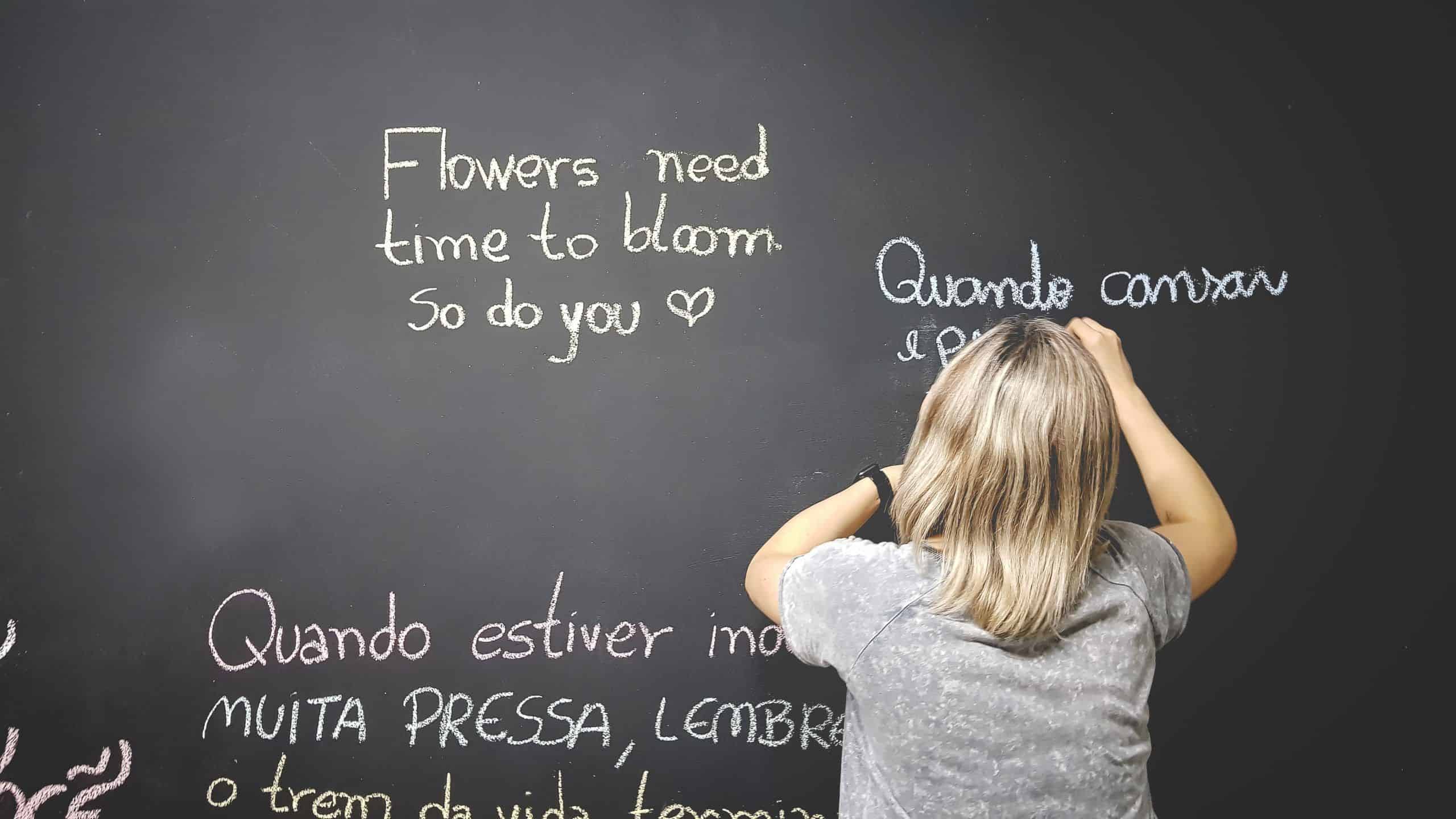 English speakers often rise above criticism from others; when it comes to visiting a foreign country, they claim they can get by well enough using their own language.

But is getting by really anything to be proud of?

There are huge benefits of learning a language when travelling to another country or region.

As an English-speaking traveller, the moment you are in a foreign land, you are faced with a barrage of signs, questions, choices and challenges. If you can’t read anything, it’s already a sign that your trip is not going to reach it’s potential. This is a major benefit of learning a new language.

Most foreigners with a smattering of English will come to the aid of a floundering tourist. This happens either through a series of begrudging grunts or in the best-case scenario, cheerily and helpfully. But by approaching them with English, rather than their own language, an invisible divide has already been erected.

Nelson Mandela perhaps best described this divide when he said,

Essentially, show that you care for the culture you’re in, and the culture will care for you. This is one of the most important benefits of learning a language before travelling.

Use Babel to learn a new language!

The passport of learning indigenous languages is a thousand times more exciting and liberating than the one you had stamped at the airport. With a foundational knowledge of a foreign language, new opportunities open themselves up. This can happen sometimes even before the trip has begun.

By becoming conversational in the local language, you’ll be able to get in touch with the right person at the right time.

For example, those headed for Spain with a satisfactory grasp of Spanish can consider staying with a host family. This can be more enriching than booking accommodation in a more touristy location. Not only does this mean saving on hotel fees, but you’ve also immediately positioned yourself in the centre of that culture.

The cultural benefits of learning a foreign language

Non-native-speaking travellers tend to shy away from asking questions and involving themselves in general scenarios. Rather than find out if that street food tastes incredible, the non-savvy traveler might err into the nearest McDonald’s. Without the knowledge of the native language of the country, the English-speaking traveler experiences only a fraction of the country’s genuine culture.

Of course, even the fluent multilingual will never stop learning; there are nuances, phrases, colloquialisms and new words to be learned every day. Just think about how many times you’ve been reading a novel or newspaper in your own language, and been prompted to look up the meaning of a word – this is the best way to speed up new language learning.

The difference is of course, that when a bilingual is abroad, they’re not merely ‘getting by.’ They can swim around and explore the depths of culture, scooping up new pearls of wisdom as they do so, rather than frantically treading water, doing their best stay alive. Being immersed in a country instead of just visiting is one of the main benefits of learning a language abroad.

And the advantages of multilingualism stretch far beyond the obvious. Earlier this year, the New York Times reported on studies that have proved bilinguals have a more heightened awareness of their environment than monolinguals.

As Albert Costa, a researcher at the University of Pompeu Fabra in Spain explains:

“Bilinguals have to switch languages quite often… It requires keeping track of changes around you in the same way that we monitor our surroundings when driving.”

This enhanced awareness of surroundings is precisely the sort of skill a traveler benefits from when faced with a foreign environment.

Another benefit of learning a foreign language when traveling – Safety

An awareness of environment equates to an improved chance of remaining safe inside it. For instance, to wander around a busy marketplace, dazzled by the alien language, signs and accents will instantly render any tourist a more attractive mark for pickpockets. If, on the other hand, the tourist is walking from stall to stall confidently, acknowledging signs, referring to prices and chatting with vendors about their products, chances are they’ll avoid a potential robbery.

Getting by is one thing, but actually experiencing a trip abroad is quite another. No amount of guidebooks and online research can compensate for a basic lack of language ability.

And if we follow the advice of Nelson Mandela, our trips abroad will be remembered not just with our minds, but also in our hearts.

Why bother learning a language for travel?

If you’re still not convinced about the benefits of learning a native language for travel, here’s a few more reasons for people to start taking a few language lessons before their next international travel trip.

Experience the destination like a local, not a tourist

The best way to beat the language barrier when traveling is to learn the native language – even if it’s just a few basic phrases. Native speakers will be able to head to the places that only locals go. You won’t be confined to the typical ‘touristy’ places with English menus and signs.

Consider learning more than just ‘hello’ and ‘thank you’ in the native learning of the country that you’re visiting. This can make the world of difference between finding the best transport route in a new city to getting sent around in circles for hours on end! Once you know a few basic phrases, you’ll be able to whizz around feeling like a local in the city.

The more you interact with locals, the more authentic cultural experiences will open up for you.

If there’s a religious festival, you might be asked to participate. When finding a football match, you might be invited to go and watch at the local bar. If there’s a political debate raging, you’ll be able to understand what it’s about.

Find the hidden gems when traveling

Enhance your travel experience by discovering the hidden gems in every city and destination that you visit. And what’s the best way to discover the hidden gems?

Talking to the locals in their native tongues!

How long does it take to learn the basics of a new language?

Language learning is different for every person and every language. You might find some languages easy to pick up, while others seem impossible. The more you practice, the better your foreign language skills will become!

Ultimately, the time that it takes to learn a new language comes down to three factors:

Foreign Service Institute research indicates that it can take anywhere between 480 hours to 720 hours to become fluent in another language.

What’s the best way to learn a new language before traveling?

Phrases in 5 Common Languages to Know when Traveling in Europe