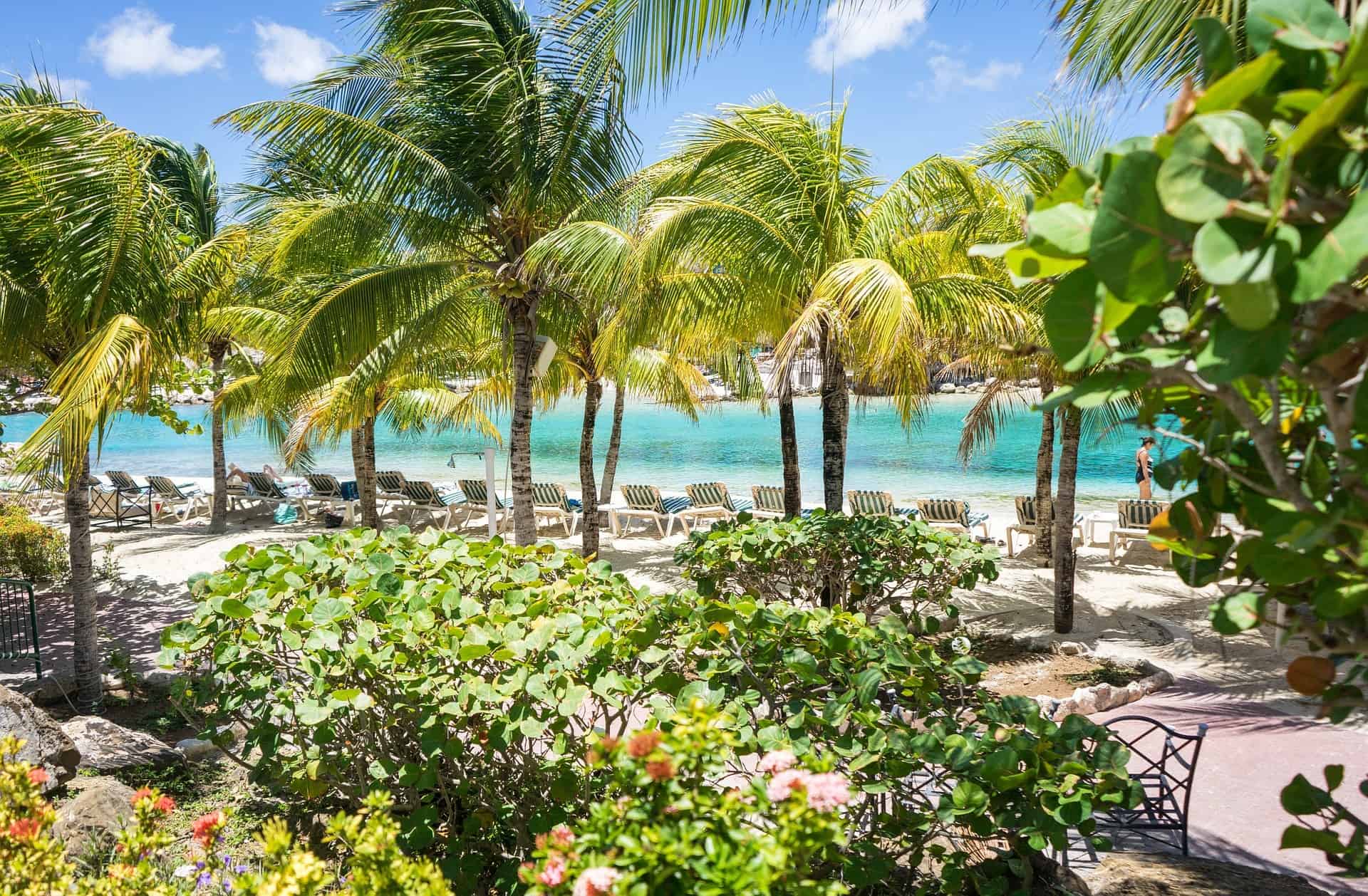 This guide includes some of the best things to do in Curacao. A Dutch Caribbean island, Curacao is known for its beaches, coral reefs and colonial architecture.

Top Things to Do in Curacao

At 185 feet, this is highest bridge in the Caribbean (and one of the tallest bridges in the world). The bridge overlooks St. Anna Bay as well as Willemstad. Note: The observation platform has been closed to pedestrian traffic.

A floating pontoon bridge that links the “Punda” (Point Side) and the “Otrobanda” (Other Side) of the Willemstad across the Sint Annabaai Channel. You get to see the bridge open and close to away marine traffic into St. Anna Bay. (In the event the bridge is open for a prolonged time, there is a ferry service across the channel as well.)

A national park that is run by the by the Carmabi Foundation. Christoffel National Park is home to Boca Grandi, Indian caves where you can see paintings left by the Arawak Indians and Mount Christoffel. (At 1292 feet high, Mount Christoffel is the highest point in Curacao.)

A national park also run by the by the Carmabi Foundation, Shete Boka is home to the “7 boca’s” including Boca Tabla and Boca Pistol (also known as “The Shooting Pistol”) In season, some of the boca’s serve as sea turtle breeding grounds.

Home of the Dolphin Academy. This is one of the most popular attractions in Curacao. If you wish to do a Dolphin activity book as early as possible! $entry price (depends on activity you choose BUT paying for an activity (such as something at the Dolphin Academy) gets you entry to all of the Aquarium.

Open 7 days a week, with tours 2 times a day. Coral and limestone caves that was carved out below the sea and born when the sea level dropped. There are beautiful stalactite and stalagmite formations as well as water pools and a waterfall. The cave is also home to a colony long nose fruit bats. (Because of the colony, photography is limited and not allowed in certain chambers.)

The Curacao Ostrich Farm is one of the biggest Ostrich farms outside Africa. The tour takes you around the ostrich pens and incubator. Meat from this farm is shipped to Aruba (Ostrich is a red meat, which is high in protein and low in fat.)

The seat of the Netherlands Antilles, Fort Amsterdam sits at the mouth of the harbor at the end of the Sint Annabaai Channel on the point. The complex has restaurants, shops as well as the Governors Palace.

Built on the hill to defend both St. Anna Bay as well as part of the city of Willemstad. The fort is open for tours and there is also a restaurant that overlooks the bay.

The “floating market” is actually a mini boat fleet that comes in from Venezuela and sells ultra fresh fish and fruit at the best prices.

The oldest synagogue in the western hemisphere, with a sand floor and museum containing ancient artifacts.

Open Daily from 10:00 a.m. till 5:00 p.m. This anthropological museum chronicles the African slave trade as well as the cultures of Curacao.

A Guide to the Virginia Beach Oceanfront

Most Expensive Beach Houses in Malibu