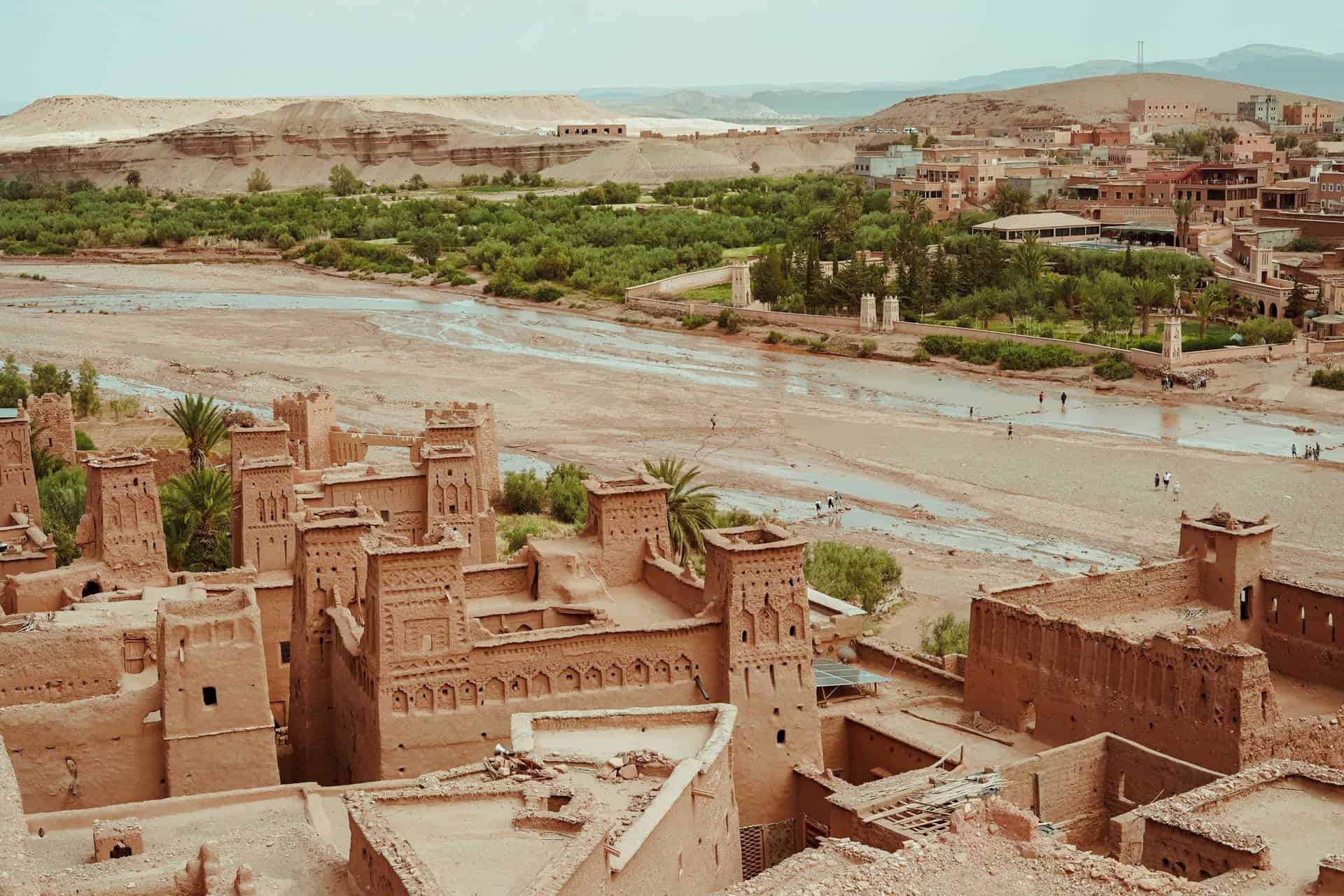 Planning on traveling to Morocco any time soon?

Well, here are our top Morocco tips of things to know before you go.

Morocco Tips: Things to know before going to Morocco

If you know how to speak French, you are very lucky. Morocco is one of the few French-speaking countries in Africa. It was previously a French colony which explains why French became the language of the government and media. It is taught in schools, so their fluency is pretty high. Arabic is also a common language so primarily cab drivers in Marrakesh usually ask visitors in either Arabic or French, rarely in English. Arm yourself with words beyond ‘bonjour’ or ‘oui’ so you can enjoy the hospitality of the locals and of course to bargain in the medina. The street signs have French translations too.

You should make a trip through the Sahara, or else you will miss out on camels, songs, and shisha!  Morocco is the easiest way that you can get access to the world famous Sahara desert. There are several tour operators that you can join, and some even travel from Marrakech to Fes by 4×4 or camels. That’s some trip you’ll never forget.

As mentioned earlier, there is a vast desert area in Morocco, and this has greatly influenced where people lived and how people lived. The Berber Tribe is one of most famous desert nomads in Morocco and actually in North Africa. Some 27 Million Berbers live in Morocco. They have their own language, and you’ll probably hear them talking in some stores in the Medina. They have an entirely different culture but as the times changed they have been integrated into the urban life as well. Undeniably, they are one of the kindest people you’ll meet in Morocco.

Morocco is a Muslim country

Yes, it is! So take note that June is Ramadan. Most travellers would love to go in June because of the holidays but be aware of the Ramadan dates. If you don’t know Ramadan, well basically it is the time where Muslims fast, they only eat before sunrise and after sunset. It doesn’t mean that you should not eat too, they are used to having non-Muslim visitors. Although you have to understand that not all stores are open during this period, the Medinas become alive at night only. It is also good to note that because of hunger, and smoking is not allowed during this time, people are very moody. In a minute they are nice, the next minute they’ll scream at you. Just laugh it off, one of the best Morocco travel tips.

Read all about traveling to a Muslim country during Ramadan.

Nonetheless, don’t be disheartened by the screaming. Even women are often warned to be careful with harassment. While there are isolated cases, this stems from the hospitality and friendly attitude of Moroccans that most Western people misunderstand. Store owners in the Medina would ask you to marry his son for a ton of leather or 200 hundred camels. This will be viewed as flirting, coupled with the tones and expressions of Moroccans but this is entirely casual for them. They will invite you to their home for dinner, and that will be a feast. Talk to them, and you’ll find out that they just want to hang out.

Rabat is the capital city

Just a quick reminder, Morocco is famous for its cities like Marrakech, Fes or even Casablanca but these cities are often mistaken to be the country’s capital. You were wrong all along; it is Rabat. A lesser known city but also has a unique beauty of its own. The orange trees along the government buildings is a delight for your sight and smell. The ruins, monuments and castles are also unique. Most importantly, they have a beautiful beach, and you have it for yourself and the locals only. Rabat is one of the missed Morocco travel tips, and it is unfortunate that most tourists skip this city because it actually is one of the most peaceful and laid back cities in Morocco.

You will do a lot of shopping

One of the best Morocco tips that I can share with you is bringing an extra bag and buying an extra allowance for your baggage. I’m talking about the leather jackets, bags, shoes, carpets, ceramics, and lamps. They are very famous for the finest leather products in the world which is most of the time handmade. They don’t even allow photographs inside the stores to avoid being copied. The colorful ceramics will also give life to your boring dinner table. Of course, the carpets which have pattern inspiration that dates back in the ancient times, it is incredibly stunning and not to miss. Olive and Argan oil are also a popular souvenirs, especially for women who loves taking care of their skin.

Read our guide on bargaining advice for shopping in Morocco.

Traveling across the desert doesn’t need to be through camels only, there are trains and it’s pretty new and efficient. It is also known as one of the best in Africa. You can buy tickets on the spot in the train stations since there will more likely be seats. The terminals are also modern and very clean. It is not new for taxi operators to offer inter-city rides but this will definitely cost a fortune. It is better to do it by train. The ONCF website provides all your needed details.

A famous city in North Morocco called Chefchaouen has been seen recently all over Instagram travel feeds. The reason? It is painted in blue! Yes for real, the houses, doors, and walkways are covered in bright, sky and sometimes royal blue which resembles the heaven. This tradition was brought in by Jewish refugees fleeing from the Spanish Inquisition in the 1400s. In the more modern interpretation, some locals say it protects them from mosquitos. It is very close to Tangier, the border between Spain and Morocco. It is probably one of the most photogenic cities in the world. If you don’t have the time to go too far north, a smaller version can be found in Rabat called Kasbah des Oudaias.

Of course, who doesn’t love Mediterranean food? From the kebabs, shawarma, hummus, falafel, name it and they probably have it. The most popular dish that you shouldn’t miss in Morocco is a Berber traditional dish called Tajine. The pot that is used to cook this dish is unique and can be seen everywhere in Medinas. It is typically a mix of vegetables and sometimes meat and then paired with a pita. You eat this dish by hand and it is truly a meal to remember especially if you share it with friends.

When trying to travel around the busy cities in Morocco, so much can be taken in by walking around on foot, but let’s face it — there are some places you just want to take a taxi to.

As for the petit taxis, beware of broken meters.  They’re not supposed to be broken, of course, but sometimes, they are or a driver will ‘forget’ to turn it on.  In this case, the driver will usually throw out a number at the end of the trip and you might be overpaying, but then again, it might be a totally fair price.  If you jump in the taxi and see that it’s broken, I advise you to get out and find another one, just so you know you’re paying the right price, but that is up to you!

Looking for organised tours of Morocco? We recommend looking into the Morocco tours with Contiki, Intrepid Travel and G Adventures.

The Kgalagadi Transfrontier Park: What You Need to Know

The Moroccan Hammam: Why Every Traveler Should Step Outside Their Comfort...

Things to Know About the UAE