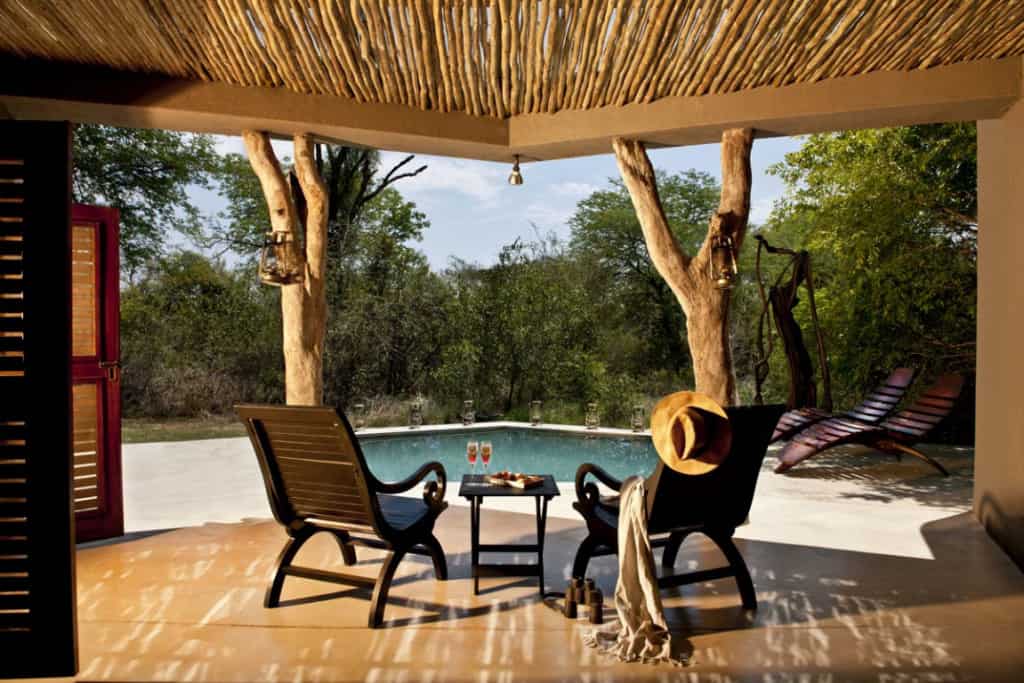 South Africa is renowned for its game reserves and although many believe camping may offer the more authentic experience, these lodges allow visitors to enjoy the best of both worlds.

We’ve pulled together a list of the best safari lodges in South Africa, focusing on the most luxurious.

Situated on the doorstep of the famed Addo Elephant Park in the Eastern Cape, Woodall Country House provides excellent accommodation for anybody visiting the area, whether you are keen on a game drive in Addo, or just relaxing among the citrus trees of the farm on which Woodall lies.

The five star lodge maintains a traditional African feel and visitors can make use of an array of impressive facilities during their stay, including a gym, spa, bar, pool and restaurant. Woodall is also a perfect platform for those looking to explore the other nearby game reserves of Amakhala, Pumba, Kwantu and Schotia.

Located within the Sabi Sands Game Reserve, Singita Boulders Lodge offers visitors a glimpse into the untouched beauty of the typical African bushveld. A sprawling complex with a spa, gym and 12 luxury suites, the lodge gets its name from the large boulders among which it was built.

It is a perfect honeymoon destination. Each of the luxury suites has its own heated swimming pool, double-sided fireplace, mini-bar, private lounge, inside and outside shower, as well as an expansive viewing deck that allows visitors to enjoy the vast wildlife that Sabi has to offer.

Phinda Forest Lodge in the Phinda Private Game Reserve boasts an impressive amount of wildlife and is unique in its proximity to the coastline, giving tourists the chance to enjoy the company of both terrestrial and marine species.

Affectionately described as ‘Zulu Zen’ the design of the luxury suites allows visitors an uninhibited 360° view of the landscape and offers an authentic wildlife experience to be enjoyed by couples and families alike.

Revered for its regular Big Five sightings, Sabi Sabi Game Reserve in Mpumalanga also boasts one of the most popular luxury lodges on the continent, The Earth Lodge. Founded in 1982, the lodge is often described as the most ecologically sensitive luxury lodge in Africa because of their commitment to protecting the environment.

Each of the 13 luxury suites has its own pool, indoor and outdoor shower, and is naturally insulated by the mountain. Sculptures are another drawcard for the lodge and visitors can see them scattered throughout.

Situated in Shamwari Private Game Reserve, Lobengula and Bayethe Lodges offer tourists an immersive experience in one of the richest biodiversity hotspots in the world. Shamwari is home to five of South Africa’s seven major biomes.

In addition to the magnificent array of Flora in the park, you also have a good chance of seeing the Big Five, and with a central spa, sauna and steam room to accompany the luxury suites visitors to Shamwari shouldn’t have a hard time unwinding.