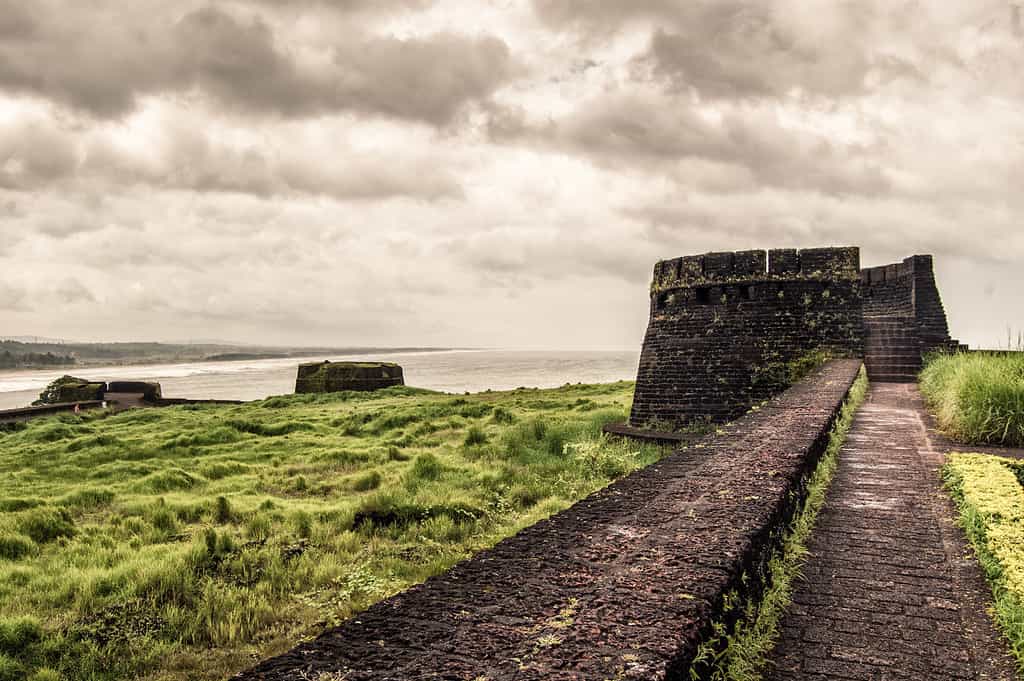 Kerala is a slender coastal strip which is synonymous with its serene backwaters, Ayurveda, beef fry and of course, Kathakali.

One way of experiencing its flourishing culture and discovering its rich history is visiting the various heritage sites that can be found all across the land. The various caves, forts, churches and palaces scattered all across Kerala bear testimony to its pre-historic, ancient, medieval and colonial history.

15 historical places in Kerala to explore its culture

Thrissur – the “cultural capital of Kerala,” derives its name from “Tiru-Shiva-Peru,” which means, the enormous abode of Lord Shiva. One of its prominent attractions is the Vadakkumnathan Temple, which embodies the classic Kerala style of architecture. The walls of this shrine are decorated with murals from the epic Mahabharata.

Some of the best heritage sites worth visiting are Shakthan Thampuran Palace, Guruvayoor – for its historic Shree Krishna Temple, Cheraman Juma Masjid – the oldest mosque in India, Kerala Kalamandalam– renowned for its Kathakali training center, and Saint Thomas Memorial – which houses ancient relics.

Krishnapuram Palace, located at Kayamkulam in Alappuzha district is one of the major tourist attractions in Kerala. Distinguished by its gabled roofs and dormer windows, it once housed Marthanda Varma, the Maharaja of Travancore, in the 18th century.

The archaeological museum inside the palace showcases various captivating exhibits, one of which is the Gajendra Moksham (salvation of the elephant king), extending to 49 sq..m. The theme of the mural, being mythological, depicts an elephant saluting Lord Vishnu with the other saints and goddesses being witnesses to this holy act. The other attraction here is the landscaped garden and the Buddha mandapam (porch-like structure).

Mattancherry Dutch Palace was built by the Portuguese in 1557 and presented to Raja Veera Kerala Varma of Kochi, as a gift. However, it was the Dutch who undertook renovations for the palace in 1663.

Incredible mural paintings and antique royal regalia, including furniture and weapons, are the prime fascinations here. The mural paintings adorning the Royal Bed Chamber that depict the story of Ramayana will enchant you no end. Similarly, the paintings on the ground floor depict the story of Kumarasambhavam by the great writer Kalidasa. Some of the other attractions are the life-size statues of Kochi kings, Dutch maps of old Kochi, etc.

St. Francis Church is one of the major historical places in Kerala, besides being the oldest in India. The church was built by Portuguese Franciscan Friars, who reached Kochi along with Pedro Alvarez Cabral – the discoverer of Brazil. The church wears an old-world charm which is clearly visible in its wooden pulpit, baptism platform, confessional, offering or the book rests.

As a visitor, you must visit the burial spot of Vasco da Gama, besides the Old Dutch baptism and marriage register – the Doop Book. Go through the various inscription on leaves depicting the life and time of the Portuguese and Dutch people, it’s a unique historical experience.

This tour includes a visit to St. Francis Church.

Kodungallur Bhagavati Temple, which hosts the month-log Bharani festival, is an important heritage site. This temple traces its history back to 2000 years and finds a mention in the epics Ramayana and Mahabharata. The ruins of Kottappuram Fort, also known as Tipu’s Fort, holds immense attractions for a visitor. One of the oldest Lord Shiva temples in South India, Thiruvanchikulam Mahadeva Temple, is also found here.

This tour includes a visit to Kodungallur.

The Edakkal Caves are one of the best places to visit in Kerala. Considered to be one of the oldest centers of human habitation, the caves are an archeologists’ delight with their pictorial wall inscriptions, ancient stone scripts, drawings of human forms, etc.

One can find three distinct set of petroglyphs in the caves, with some depictions dating back to over 700 years. The rock surface, which consists of linear motifs, depicts all sorts of drawings related to plants, humans and animals. Images of tools used by early humans suggest that these caves were also inhabited by pre-historic men.

Pazhassi tomb, besides being a major heritage site, commends the fighting spirit of Veera Pazhassi Raja, the Lion of Kerala. He pursued a relentless war against the British until his capture. A small structure containing a collection of memorabilia which belonged to Pazhassi can be found here.

St. Mary’s Forane Church is a brilliant specimen of Gothic architecture, not to mention a wonderful heritage site in Kerala. It fuses elements of traditional craftsmanship and modern technological innovation with brilliance. The visitor is given a taste of this brilliance at the entrance of the church, which is beautified with a rosary garden and a grotto of Mother Mary.

In the interior, one can find a 25ft long painting of Mother Mary in stained glass bordered by mosaic glass paintings which represent the 12 Apostles. A chapel for the Perpetual Adoration of the Sacrament, besides a Marian Documentation Centre, is located adjacent to the church.

To witness the cultural magnificence of Kerala in all its glory, visit the Poonjar Palace. Visitors are introduced to a sense of royalty that existed in the bygone days. An interesting fact about this palace is its being constructed from wood, thereby reflecting the traditional architecture of Kerala.

A museum located inside the palace is a prime fascination for visitors. It houses several royal collections of antiques, sculptures and rock-cut lamps. A visitor will be thoroughly enchanted by some of the other exhibits like a droni (treatment bed) for Ayurveda massages, huge chandeliers, sculptures of Nataraja (the dancing Shiva), jewel boxes, etc.

Bekal Fort, the biggest and most well-maintained historical place in Kerala, displays heritage on an enormous scale. Dating back to 300 years, the fort is believed to have been built by Sivappa Naik of the Ikkeri dynasty in 1650 AD.

This colossal fort offers panoramic views of the Arabian Sea from its tall observation towers. Built in the 17th century, the historic fort is shaped like a giant keyhole. Some of the major attractions of the tower are the tunnel opening towards the south, the main Tank with its flight of steps and the Observatory Tower. Apart from witnessing a large number of international tourists, it is also a favorite shooting locale for film makers.

Among the various things to do in Kerala, one should be visiting the Sree Padmanabhaswamy Temple, dedicated to Lord Vishnu. Dating back to the 8th century, it’s one of the 108 sacred Vishnu Temples or Diya Desams in India.

Visitors here will be enchanted by the fabulous sight of its presiding deity – Lord Vishnu, reclining on Anantha, the hooded serpent. It consists of 12008 salagramams (fossilized shells). The temple architecture consists of various paintings and murals, including those of Narasimha Swamy, Lord Ganapati and Gaja Lakshmi. The halls of the temples and the ceiling, which display the navagrahas (the nine planets), provide an unforgettable experience.

The Jewish Synagogue or the “Paradesi Synagogue,” as it’s called, attracts a steady stream of visitors due to its historical value set against a perfectly friendly ambiance. The synagogue, built by the Jewish community of Cochin, is the oldest in the Commonwealth.

The large hall inside the synagogue contains several rare antique objects. The floor, paved with hand-painted blue-willow patterned floor tiles, embellishes the overall beauty of the place. The other attractive features are the pulpit with brass rails, the teak Ark – which houses four scrolls of the Torah, and two golden crowns presented to the Jewish Community by the Kings of Kochi and Travancore.

This tour includes a visit to the Jewish Synagogue.

Bolgatty Palace, now converted into a heritage hotel, was built by the Dutch in India. Brought into existence by the Dutch traders in 1744, this palace is the oldest of its kind outside Holland. Initially, the building served as the Governor’s palace for the commander of Dutch Malabar, before being leased to the British in 1909.

Post-independence, the entire property underwent a change in its functional identity. The palace now functions as one of the top heritage hotels in Kerala. Tourists staying at the hotel can avail its various facilities like the swimming pool, 9-hole golf course and Ayurveda center. Besides, guests are also treated to daily Kathakali performances.

This tour includes a stop at Bolgatty Palace.

Book to stay over at Bolgatty Palace.

Thalassery Fort, located in the northern district of Kannur, is steeped in history and gives its visitors a taste of the authentic history and culture. This fort, built by the East India Company in 1703, was once the epicenter of Thalassery’s development.

Even from a distance, the laterite walls of the enormous square fort captures one’s attention. It’s commonly believed that a mixture of sugar candy, white of egg and quicklime served as elements in its construction. Other than that, the fort consists of a tunnel, lighthouse and two underground chambers which served as storage houses for spices. The Holy Rosary Church located at a distance is also a must visit.

Gundert Bungalow was the abode of Dr. Herman Gundert, the German scholar, lexicographer and missionary. He is best remembered for his monumental contributions to the Malayalam language. His determined efforts culminated in the publication of the first Malayalam dictionary in 1859, along with the first Malayalam newspapers, Rajyasamacharam and Paschimodayam.

The 200 year old bungalow is famous for its mansion style architecture that stirs up feelings of nostalgia. The mansion like features can be witnessed in its spacious verandahs, big doors etc. However, more than the architecture, it’s the history associated with it that draws visitors to it in large numbers.

Things to Do in Hong Kong with Kids

All You Need to Know about Dune Bashing in Dubai

Where to go in Lebanon