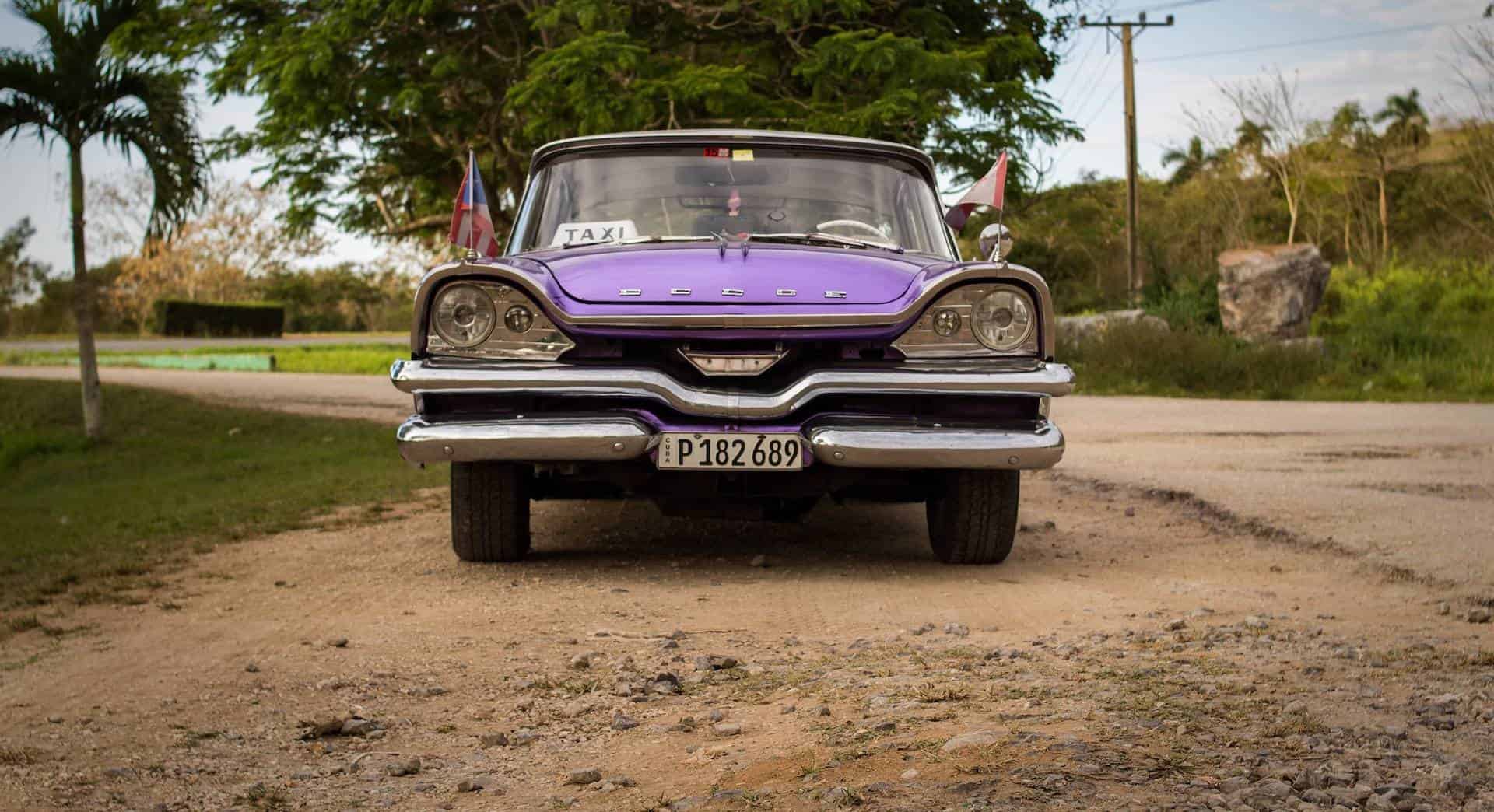 As a tourist planning Cuba travel, it’s important to know that the most convenient way of getting around Havana is by taxi.

Some of the taxis are old American Chevys from the 1950’s, others are (somewhat) newer Russian Ladas, whilst most tourist taxis are modern Peugeots, Skodas and even Mercedes.

If you want to drive yourself, read our tips on driving in Cuba.

Taxi collectivos are the old, beaten-up yank-tanks with a taxi sign on the roof or in the front window. Tourists are not supposed to take them, but you will rarely run into problems and they are a fun and cheap alternative to the state-run taxis. They have set fares and run set routes, so you may need some assistance when taking them the first few times. Fares vary from 10 CUP for a short (5 km) run during the day to 20 CUP for a longer run or at night. The drivers are generally honest regarding the fares, but it is best not to appear oblivious by asking how much at the end of the trip. Always watch what the other passengers give and if in doubt give 10 CUP, and if he asks for another 10 then hand it over. There can be a long wait trying to get a taxi collectivo as they are very popular with Cubans and often full, but the experience and savings make it worthwhile.

The cheapest taxi company in Havana by far is Panataxi. These are usually yellow or white Ladas with a red sign (recently they have also added yellow Peugeots) and are worth waiting for to save a few dollars. Panataxi will take you to the airport on the meter, if you ask, for around 12 CUC from Central Havana.

Coco Taxis and yellow three wheel motorbikes, are a cheap way of getting around central Havana.

See also A Guide to Traditional Food in Cuba.

Best Things to Do in Cabo San Lucas, Mexico

Island Hopping in the Caribbean