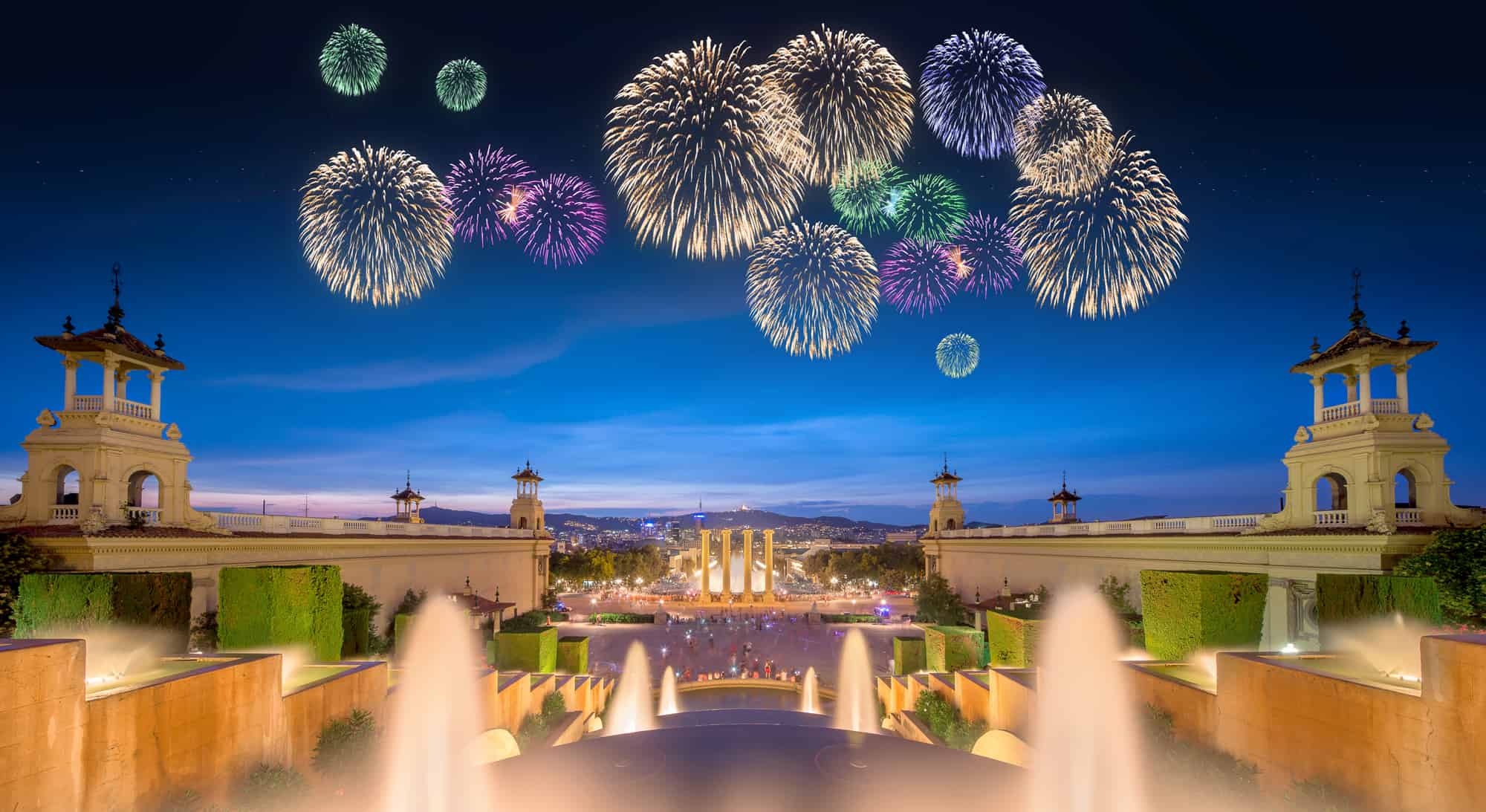 Barcelona is a city which offers so much; centuries of art, history and culture. Hosting incredible architecture, cuisine, a thriving nightlife, stunning beaches, views and clear blue waters. If you’re planning to visit Barcelona in August, our guide on the very best events happening in the city will give you all you need for a fabulous trip.

The temperature in Barcelona in August reaches its highest, creating the height of the tourist season. August is a great time to take advantage of the perfect weather at the most popular tourist attractions, enjoy endless drinks at the perfect rooftop bar, spend the day at the beach or attend some of the best events and festivals in the city.

So, here’s your list of the best Barcelona events in August to experience the full summer festivities in the city!

Check out our Barcelona Accommodation Guide!

Ready to get into the festival spirit, here are the top events in Barcelona happening throughout August.

The celebrations of the LGTBI CIRCUIT take place in some of the best clubs in Barcelona such as Razzmatazz, Go Beach Club, Safari, Input and so on.

From the 15th to the 21st of August you can expect one of the most important and anticipated Barcelona events in August for the district of Gràcia. The main attraction for this festival is the show in the streets where the squares are all decorated thematically with huge and beautiful murals and handicrafts.

The streets will also be covered with coloured banners, giant flowers, papier mache giants and ear- splitting sound systems with every genre. Catch a bit of live music in each square, and enjoy great prices for beers, tapas, kebabs and more.

Beginning on the 24th of August 2022, is the Sants festival. This is very similar to the Gràcia festival but takes place in the Sants neighbourhood. This again involves the entire neighbourhood throwing themselves into the celebrations, decorating the streets with all types of colourful bits and bobs.

This festival honours Saint Bartomeu, the patron saint of Sants, who was martyred and even flayed for his beliefs. The 22 streets in this neighbourhood are decorated in particular themes. They also have gegants (giant figures controlled by people), castellers (human towers) and diables (people dressed as devils who set off fireworks).

This is one not to be missed!

For an authentic and traditional festivity look no further than the festa major del Barrio Gotico, the city’s oldest barrio party. This festivity is held in honour of Saint Roc, who according to legend caught the plague upon visiting Barcelona but was nursed back to health by a local baker’s dog and protected the city against a later outbreak.

The first edition of this festival was in 1589, and the costumes, songs and dances are still very much the same. You can expect to see traditional catalan dances like the sardana, or parades like the correfoc.

Magic Nights at the Casa Batlló

The Casa Batlló is a stunning and very famous masterpiece of Gaudí that comes to life after dark. You can watch the sun set across Barcelona from the carefully detailed Gaudí terrace. Enjoy music, drinks and the incredible architecture.

These magic nights at Casa Batlló are the perfect event for a summer night in Barcelona, to truly indulge yourself in a magical and elegant evening.

Here’s a taste of what to expect:

If you don’t mind travelling up the coast an hour or so to the Costa Brava, prepare to see one of the Mediterranean’s best botanical gardens. Costa Brava is known for its beautiful resort towns like Lloret de Mar, and its stunning picturesque towns and fishing villages. This concert series takes place in a beautiful and natural setting, overlooking the Mediterranean sea.

Check out our other posts on Costa Brava:

Brunch in the Park

Brunch in the Park is a legendary outdoor techno party, located at the top of Barcelona’s tallest hill. Every Sunday afternoon you can find this daytime dance party offering some of the best international DJs. This event runs from 12pm to 10pm, and you can expect to find a lovely beer garden as well as nice cool- off spots spraying you with water, food trucks and a playground for children. You can buy tickets on the door for just €20 unless you grab them at first release starting at just €11!

For those of you who love a bit of live music, Festival Mas i Mas is the place for you! Providing over 200 concerts at six classic Barcelona venues you will be overwhelmed by what’s for offer!

From Flamenco shows to classical music, in famous locations like the Palau de la Musica, this is the best festival for escaping the heat. There will be a plethora of international artists, and plenty of different genres of music like jazz, flamenco, hip-hop, gospel, funk, rock and much more!

FOR IN BETWEEN:
Funky ball (tennis ball)

Biking Through the Vineyards of Chianti, Italy

Design Hotels in Austria with an outstanding design and service