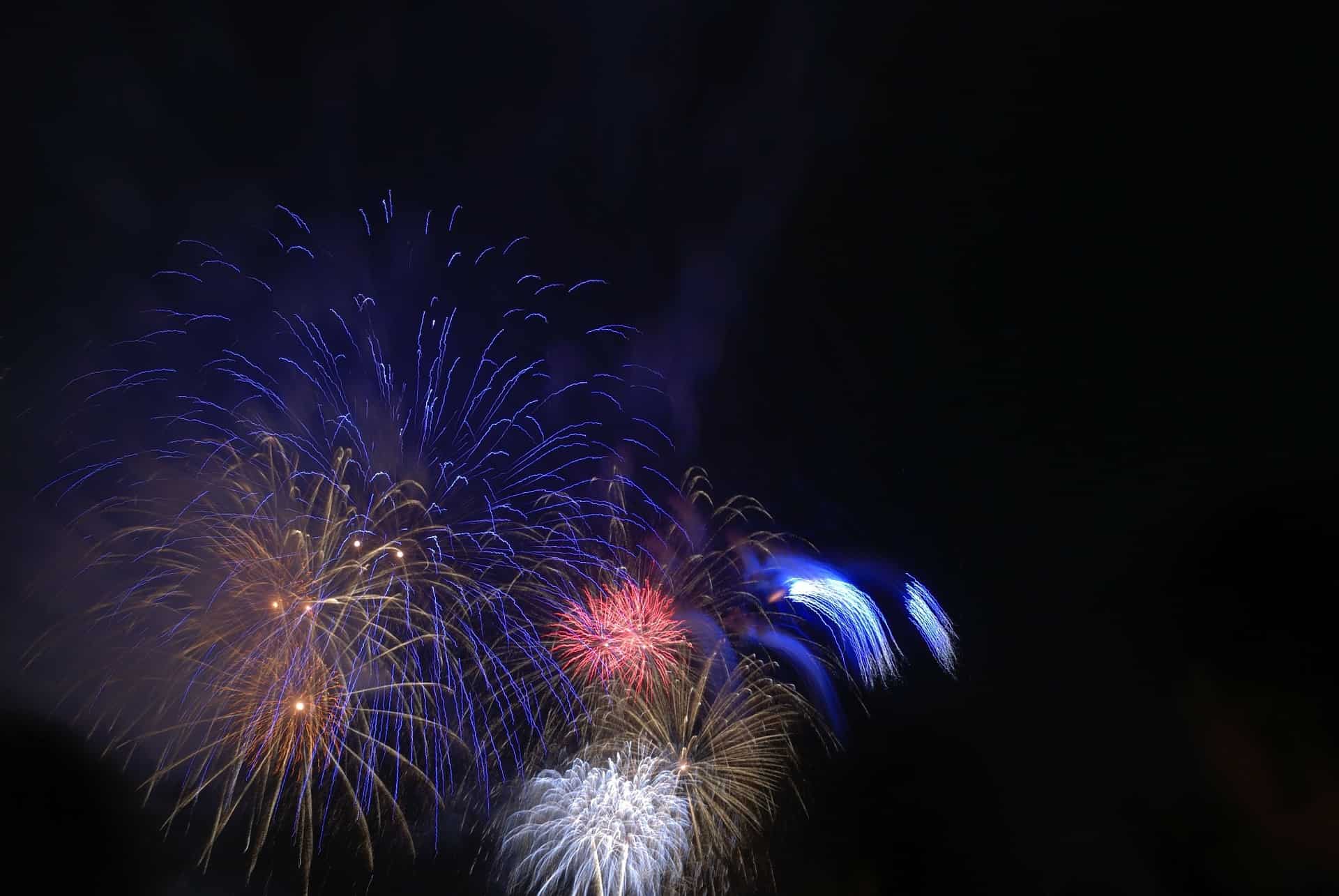 For many of us younger Vietnamese, Tet always had been something very important to our families, to our culture and to our people.

However, we often don’t understand certain things that the older folks in the family usually say and do during these 3 important days of the Lunar Vietnamese New Year.

Just like many of the young Vietnamese living overseas, I have been through the age of wondering and struggling to find out the real stories and reasons behind each activity and behavior that the Vietnamese people do for Tet.

You may not agree with some of the believes and traditions that I’m going to list below, but reading this list will save you a lot of headache and hopefully will help you in starting to appreciate the beauty of our Vietnamese culture and traditions.

Firstly though, how to say happy new year in Vietnamese?

‘Chuc Mung Nam Moi’, to be said with a big smile on your face to everybody that you meet.

The 10 Do’s during the Vietnamese new year

1. Say “Happy New Year” in any language that you can when you see a Vietnamese or an Asian person. In Vietnamese, it is “Chuc Mung Nam Moi,” with a big smile!

2. Give red envelopes (Li Xi), though in the old days, only married people were supposed to do this task in the new year because married people were believed to be more successful than single individuals. However, nowadays, giving away Li Xi is an act of showing your generosity and wishing the recipients luck throughout the year. Who doesn’t like getting money from those red envelopes? Because, I DO!

3. Smile, laugh often, and be energetic. Just don’t overdo the smiling and laughing because people may misjudge you as someone recently discharged from an asylum or someone on dope. Nevertheless, seeing someone with a smile on his/her face will brighten the mood of anybody on any day, so definitely do this!

4. Offer others something sweet such as candies or “mut Tet”. People believe that sweet things will bring sweetness for the rest of the year.

5. Offer the elderly a warm cup of tea if they have lost all their teeth or have diabetes. A warm cup of tea is believed to deliver happiness, warmth, and the flavorful sweet taste to the person. Vietnamese families usually gather around during Tet to just drink tea. The tea might not be warm, but love of family is surely warm.

7. Give anything related to number 6 or 8. This is because our culture has been tied with some aspects of Chinese culture. Number 6 in Cantonese sounds like the word “Loc” in Vietnamese, which means Luck. Number 8 in Cantonese sounds like the word “Phat” in Vietnamese, which means Prosperity. I personally don’t believe in these, but I will do anything to make people happy. So, giving $6 or $8 for Li Xi would beat the $10. In the end, I save $2 to $4 for each Li Xi and still make others happy. Nice trick huh?

8. Give anything red in color, such as watermelon, li xi, dried fruits in a red box (mut Tet), etc. The color red is associated with Luckyand High Class rankings in Asian culture, especially the ones that are heavily influenced by Chinese culture. In addition, the color red brings warm feelings or hotness, like fire. So in short, red brings luck and warmth to the family.

10. Give the following package of fruits: custard apple, coconut, papaya, and mango. In Vietnamese, the fruits, respectively: Mang Cau, Dua, Du Du, Xo In the Vietnamese Southern accent, the fruits will be pronounced as “Cau Dua Du Xai”, which means “wishing you having enough money to spend”.

However, if you read number 4 on the 10 Dont’s List below, you will see that people usually take out the custard apple from the package due to the difficulty of finding it during Tet (Vietnamese new year) and the belief that 4 is a bad number. You will often see the package contains only coconut, papaya, and mango, which gives you the combination of “Dua Du Xai”, the truncated version with the meaning of “Enough Money to Spend”.

The 10 Dont’s during the Vietnamese new year

1. Don’t show up at somebody’s house on the 1st day unless you have been invited by the house owner first. Otherwise, go on the 2nd day or at a later time. People believe that the first person who shows up at their house will bring to the family all the characteristics of that person. If a person is a successful person, the family will be successful. If the person has been unlucky last year, the family will be in bad luck all this new year.

So it is best for you to stay home until someone has invited you over. It’s their signal of telling you that either someone already has entered their house for this year or they personally like your characteristics to have you over and bring them luck. Believe it or not, I don’t think all this luck stuff is true, but I recommend you to listen to this advice to avoid being unreasonably blamed.

2. Don’t wear dark clothing or just black and white. Dark, black, and white clothing is believed to be associated with death and funerals. By the way, wear something nice and lively–it’s New Year!

3. Don’t swear, curse, trash talk, or argue. Any of these is already bad for any time of the year, not alone the New Year…

4. Don’t give presents with unlucky signs. For example: Any foods with squid or duck meat and number 4 and 7.

Squid produces black liquid, which is considered to be dirty and harmful, though the squid itself tastes super good! Ducks are believed to be stupid and their meat is dark (at least darker than chicken meat).

Oh yeah, and if you are in Vietnam, don’t eat or give dog meat during Vietnamese New Year. I’ll tell you the reason in person.

5. Don’t talk about negative topics such as accidents, deaths, or funerals. Who likes to talk about these things anyway?

6. Don’t ask someone to repay you a debt or loan. Wait until the next 2-3 weeks. People believe that if they have to repay or borrow money at the beginning of the year, they will have to borrow and repay money for the rest of the year. Best time of the year to dodge your debt, eh?

7. Don’t ask for “Li Xi” if it was not given. This is considered equivalent to asking the person to pay their debt. In my personal opinion, this has more to do with courtesy and politeness.

8. Don’t visit anyone’s house for the first 3 days of the lunar calendar if you have funeral in your immediate family in the last 3 years. Vietnamese people believe that the dead person in the family will not go to Hell within the first 3 years of his or her death.

Their spirit will follow the family members for 3 years before they either get tired from it or witness the fact that the family has gotten over the fact of their death. People don’t want spirits to go into their house during New Year because gods, goddesses, and Buddhas are partying it up during this time and paying less attention in guarding the house of the owners from ghosts and spirits.

So, sit home with your beloved spirit; people will come to your house to share your sadness if they are considerate. You do not want to take any stupid blame if some family sheds some blood for something that is totally unrelated to you.

9. Don’t take or ask to take things that are related to fire out of somebody’s house such as: lighters, matches, coals, fire fluid, gas, etc. Fire is considered to be the source of the warmth of the family, the desire of couple’s love. It is believed that families with fire taken away will have problems within the family. Firefighters should take 3 vacation days during Tet if their station happens to be within the Asian neighborhood.

10. Don’t take or ask to take things that are related to water out of somebody’s house such as: bottles of water, water containers, water dispensers, drinking cups, glasses, etc. People usually wish each other “Tai Loc Nhu Nuoc” or “Money and success coming in like water”.

So, taking water out of somebody’s house is equivalent to taking away their wealth. If you are thirsty, drink the water inside the house, don’t take the bottle home or you will see the owner coming to your house to take back their waterbottle with an angry face.

Layover in Singapore Without Breaking the Bank