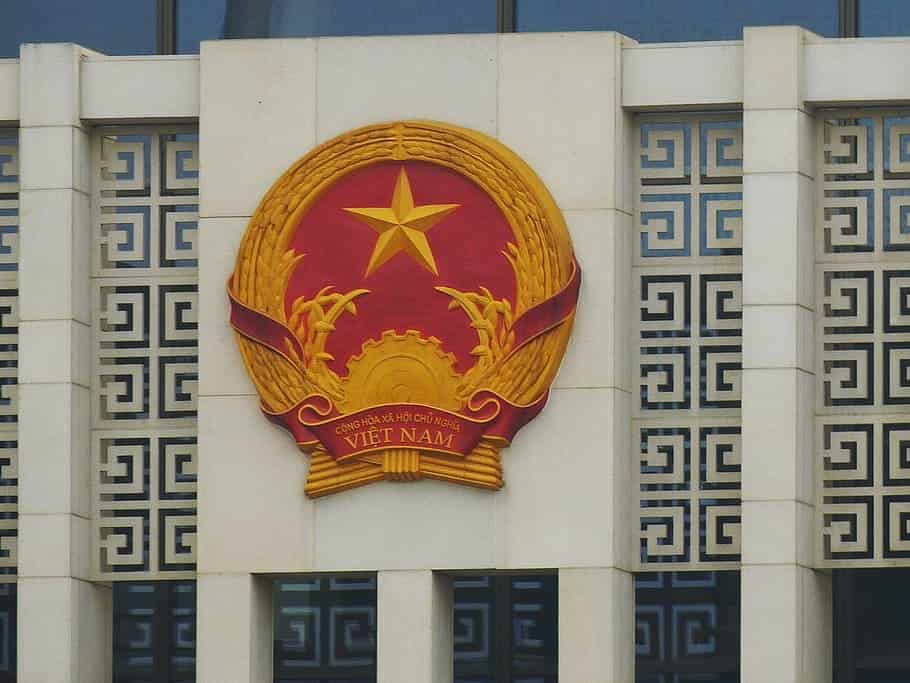 Ever wondered what the four sacred animals of Vietnam are?

The traditional Coat of Arms consisted of a shield or banner or varied forms, having the stylistic representation of a dragon, a legendary and totemic animal of multiple symbolic significance.

Also included on the Coat of Arms were the unicorn, tortoise and phoenix.

Together, they make up the quartet of the traditional motifs and emblems of Vietnam.

What are Four Sacred Animals of Vietnam?

Here are the four sacred animals of Vietnam along with their meanings and symbolism.

The Dragon (“Long”) is a fabulous beast which the Vietnamese mythology represents with the head of a camel, horns of a deer, eyes of a fish, ears of a buffalo, body and neck of a snake, scales of a carp, claws of an eagle, and feet of a tiger.

A long barb hangs on each side of its mouth, and a precious stone shines brilliantly on its tongue. The summit of its head is decorated with a protuberance which is a sign of great intelligence. Finally, it has a crest of 81 scales running the entire length of its backbone.

A dragon is said to breathe a kind of smoke which can be transformed at will into fire or water. It lives with equal ease in the sky, in the water, or underground. It is immortal and does not reproduce, because the number of dragons always increases with the metamorphosis of the.”Giao Long”, which are fabulous reptiles half lizard and half snake that automatically become dragons after ten centuries of existence.

The unicorn (“Ly” – or “Lan”) is also an incredible animal invented by Sino-Vietnamese imagination.

The unicorn brings to mind the English griffin it is represented with the body of an antelope, the feet of a horse, and the tail of a buffalo; and on the head of the male unicorn, there is a single horn, the extremity of which is covered with an excrescence of of flesh.

The unicorn is considered as the symbol of intelligence and goodness, and appears only on very special occasions. For example, when Confucius was born in 481 B.C., a unicorn is said to have put in an appearance.

The tortoise (“Quy” – or “Rua”) represents the double symbol of Heaven and Earth. Its oval and convex shell represents the vault of heaven, while the square plaque on its underside symbolises the surface of the Earth.

The tortoise is the emblem of longevity and perfection, and is generally represented with a coral branch in its mouth, a crane on its back, and a box containing the sacred book of “Lac Thu” placed under its back. This book serves as a reminder of the invention of a diagram representing the division of the universe into male and female principles; this diagram as made by Emperor Dai Vu (2205-2197 B.C.), and was inspired by his study of the sacred tortoise’s shell.

The crane on the back of the tortoise is the symbol of longevity, seen mostly in temples dedicated to Confucius, emperors and local spirits. In principle, the symbol of crane is not used in Buddhist pagodas.

Generally, the images of the tortoise and the crane which are found in temples are made of lacquered and gilded wood; sometimes only the crane is made of wood, and the tortoise of stone. Some of these cranes are more than three meters high, and are placed in pairs before the altar.

Vietnamese also make copper reproductions of the crane. In this case, the lotus flower usually held in the mouth of the crane is hollow, and can hold a candle. Such cranes are commonly placed on ancestral altars.

The Phoenix (“Phuong” or “Phung”) is an imposing bird, belonging to the same family as the phoenix of Occidental mythology, although only the latter is said to be re-born from its ashes.

In Oriental mythology, the phoenix is considered the paragon of virtue and grace. It is for this reason that queens used the phoenix as their principle emblem, while emperors used the dragon. Learned men make a distinction between “phuong” which is the male phoenix, and “hoang”, which is the female.

The phoenix, as conceived by Oriental imagination, has a gallinaceous bill, neck of a snake, breast of a swallow, back of a tortoise, and tail of a fish. It is able to stand on the waves of the sea, owing to a supernatural power which allows it to a sore from the East, fly mightily over the Con Lon mountains, quench its thirst in the torrent of De Tru, and bathe its wings in the sea of Nhuo Thuy, before taking a rest on the Don Huyet mountain.

The phoenix is full of movement, grace, pride and nobility; the wings stretch out widely with their rigid quills, the caudal the feathers light up in flame, and the feet are the nervously arched. Clenched in its bill are either two scrolls or a square box with long bands, containing sacred books.

According to tradition, the song of the phoenix includes all the five notes of the traditional musical scale; its feathers include the five fundamental colors and its body is a composite of the six celestial bodies: the head symbolizes the sky; the eyes, the sun; the moon; the wings, the wind; feet, the earth; and the tail, the planets. The phoenix perches only on very high places, preferably on the Ngo Dong tree which is used for making musical instruments

The phoenix appears only in peaceful and prosperous times, and hides itself when there is trouble. Thus, it is the sign of peace and the symbol of concord.

These are the four sacred animals of Vietnam and their meanings and symbols.

Tokyo – A City on the Fast Track of Development

Traveling by Rail in Japan with JR Pass