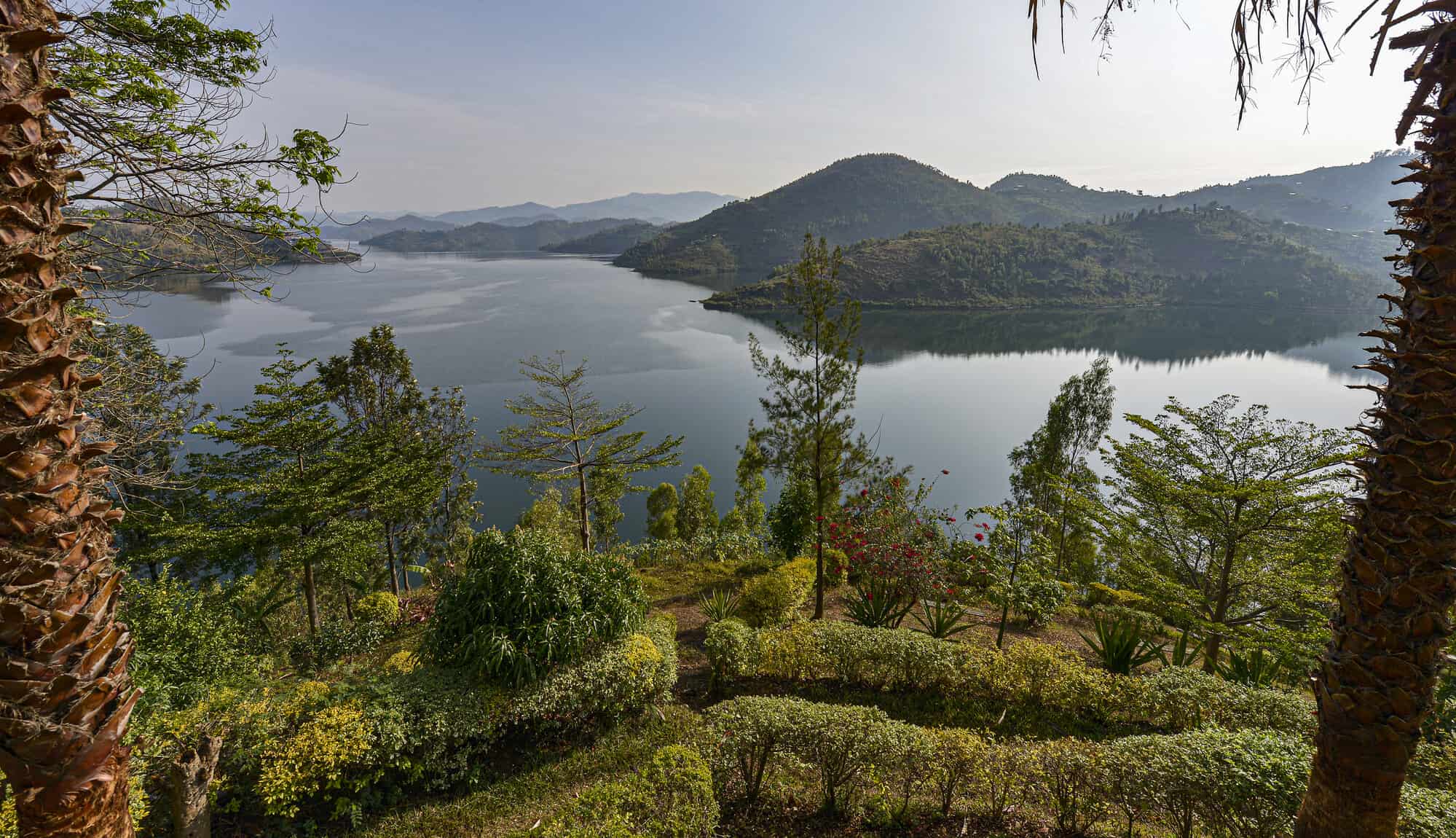 Heading to Rwanda for a holiday? There are plenty of exciting things to do in Rwanda for tourists visiting.

Keep on reading to find out about the rare animals found in the many national parks and all the outdoor activities waiting for you to be part of.

Things to do in Rwanda: Attractions and activities in Rwanda

Here is a list of the most popular attractions and activities in Rwanda.

Gorilla trekking is one of the most popular things to do in Rwanda. Gorilla trekking can involve trekking through the forest for 1-8 hours guided by skilled trackers with knowledge about the gorillas and their way of life. While tracking the great apes, you have great chances of spotting golden monkeys, buffalo, bush duiker and a variety of bird life. On encountering the gorillas, you will be allowed an hour to interact and watch them go about their daily life.

NB. Gorilla trekking and Golden Monkey tracking permits are booked through the Rwanda Tourism Board offices (ORTPN) in Kigali or Musanze.

This is yet another interesting activity on the Rwanda tourism market. Rwanda’s Chimpanzee population of no less than five hundred is currently believed to be restricted to Nyungwe forest national park while a few could be found in the Cyamudongo Forest, however it is quite possible that a minor population registered in the early on nineties in the further north as well as badly degraded Gishwati forest further remains.

Chimp tracking can be done throughout the rainy season and it is up to you to choose whether to be a part of this exciting activity. While on your adventure into the forest, you get to hear the sound of the monkeys deep down in the jungle before you even set your eyes on these creatures.

Unlike some other primates, chimpanzees do not live in troops but in form of extended communities equal to 100 individuals.

Nyungwe Forest is beautiful with great scenery, easy to access and affordable in terms of accommodation and activities. The windy drive through the park is stunning as you drive on the ridge among huge trees and lush canopy forests, with views out over deep valleys. And the well-maintained hikes take you down into the forest canopy, which gives the aura of being prehistoric and remote.

The park lies in the south western part of Rwanda neighboring Burundi and it covers an area of about 970 sq km of rainforest, bamboo, grassland and boggy swamps. The forest is located in a zone where several massive bio-geographical zones overlap and the variety of earthly biomes provide a great stretch of microhabitats for numerous varieties of rare species of vegetation and animals. The main attraction here is the Primate walks, the park is endowed with 13 different primate species and 85 mammal species. It is a perfect destination for primate tracking.

The rare golden monkeys are listed as endangered, these inhabit the bamboo vegetation towards the base of the volcanoes. There are presently two troops of these monkeys which have been habituated to visits by tourists in the park with each having approximately 80 members.

Your trek for the golden monkeys will involve 8 persons and this is for conservation purposes, you will be allowed an hour with the monkeys on encounter. This is an activity you can only miss if you must on your trip to Rwanda.

The wet eastern side is the most scenic and best spot for Rwanda safaris in the park because it harbors a great concentration of hippos one of if not the most in the whole of Africa. Still on the eastern shores of the lake are several crocodiles, lions, leopards and black rhinos although these are present in relatively small numbers.

Giant African elephants and buffalos are also popularly concentrated in the woodland zones and are commonly seen around the lakes for quenching. Park visitors also have guaranteed chance to see Giraffes and zebras wandering through the dominated savannah regions. More than a dozen types of antelopes most commonly the gorgeous chestnut-coated impala also inhabit the park. Others are statuesque cape eland, the Oribi, bushbuck, Tsessebe as well as the Cape Eland.

Activities in the park include: Camping, Birding, Fishing, Game drives and Tennis at Akagera Game Lodge.

Rwanda has a bird list of over 700 species and supports the second highest number of Albertine Rift endemics than any other country making a must visit destination for bird lovers. These include many of the sought-after Albertine Rift Endemics (‘ARE’s) and some West Africa forest specials which reach their eastern most limits in Rwanda. There is also a select band of localised rarities which, currently, may be seen (safely) only in Rwanda.

Expect also to encounter animals such as; giraffes, elephants and hippos on your adventure.

Volcanoes National Park is the most exciting and most visited park in Rwanda with over 360 Mountain Gorillas and covers an area of 160sqkm. The Park is located in Ruhengeri an hour and a half drive from Kigali to the Northwest of Rwanda. It protects Rwanda’s sector of the Virunga Volcanic Mountains, a range of 6 extinct and 3 active volcanoes that straddles the borders with Uganda and Congo.

The Volcanoes National Park is part of a contiguous 433sqkm Trans frontier conservation unit that also includes the Virunga National Park and Mgahinga National Park, which protects the DRC and Ugandan sectors of the Virunga respectively. Not only that but the park also has the tallest mountain in the chain the Karisimbi found on the border with the DRC. Moving eastward, the other main peaks within the national park are Visoke on the DRC border; Sabinyo at the juncture of Rwanda, Uganda and the DRC, and Gahinga and Muhabura on the Uganda border.

Music and dance plays an important role in the traditions of Rwandan people. Performances range from demonstrations of bravery and excellence, to humorous dance styles and lyrics, to artistry based in traditional agricultural routes. Traditional songs are often accompanied by a solitary lulunga—a harp-like instrument with eight strings.

A wide range of traditional handicrafts is produced in rural Rwanda, ranging from ceramics and basketry to traditional woodcarvings and contemporary paintings.

There are basically eight genocide memorial sites in Rwanda and these were all put in place as remembrance of the Genocide that occurred in 1994 that claimed the lives of more than a million people in Just 100 days.

The lake is a favorite get-away for Rwanda’s residents and is good for water sports and relaxing days on the beach, water sports include; kayaking, canoeing, windsurfing and beach volleyball. Visitors can take a leisurely ride along the western shoreline of the country on the “Munezero” tourist boat from Gisenyi to Kibuye to Cyangugu.

Set in the midst of the spectacular mountains of the rift valley and the Virunga volcanoes to the north, the irregular shores of Lake Kivu form numerous inlets and peninsulas and myriad forest-fringed waterfalls.

The stunning lake is enclosed by the steep terraced hills that are characteristic of rural Rwanda and sitting on its shores are the three lakeside towns of Cyangugu, Kibuye and Gisenyi; the perfect tourist transit points between the Chimpanzee tracking destination of Nyungwe Forest National Park in the south, and gorilla tracking in Parc National des Volcans in the north.

Discovering these three colourful lakeside resort towns, pursuing the various water sports they have to offer, and boating to the numerous islands on the lake are just some of the activities available in the area. The towns are connected by a wide roller-coaster road that tumbles through luxuriant plantain fields and remnant patches of misty rainforest to offer extensive views over the sparkling lake. A charter boat service on the lake connecting the three towns is also available.

Birdlife around the lake is fantastic including large numbers of pelicans, crowned cranes, malachite kingfishers and much more.

This city is found at Rwanda’s geographical heart, and is among the safest and friendliest of African capitals, blessed with a moderate high altitude climate that belies its tropical location.

However, the Centre is a permanent memorial to those who fell victim to the genocide and serves as a place for people to grieve those they lost. Kigali has been the capital of Rwanda since 1965.

An attractive city, it spreads over a number of hills. The main shopping and commercial area is around the Hotel Mille Collins, with the government district on the neighboring Kaciyiru hill. The markets, the handicrafts, the Muslim quarter and a new genocide memorial being built in Gisozi are some of the main places of interest.

Exploring Mafia Island Tanzania: The ‘Far From Everything’ Place!

A Guide to Gorilla Trekking in Uganda & Rwanda

Kenya eVisa: Everything you Need to Know