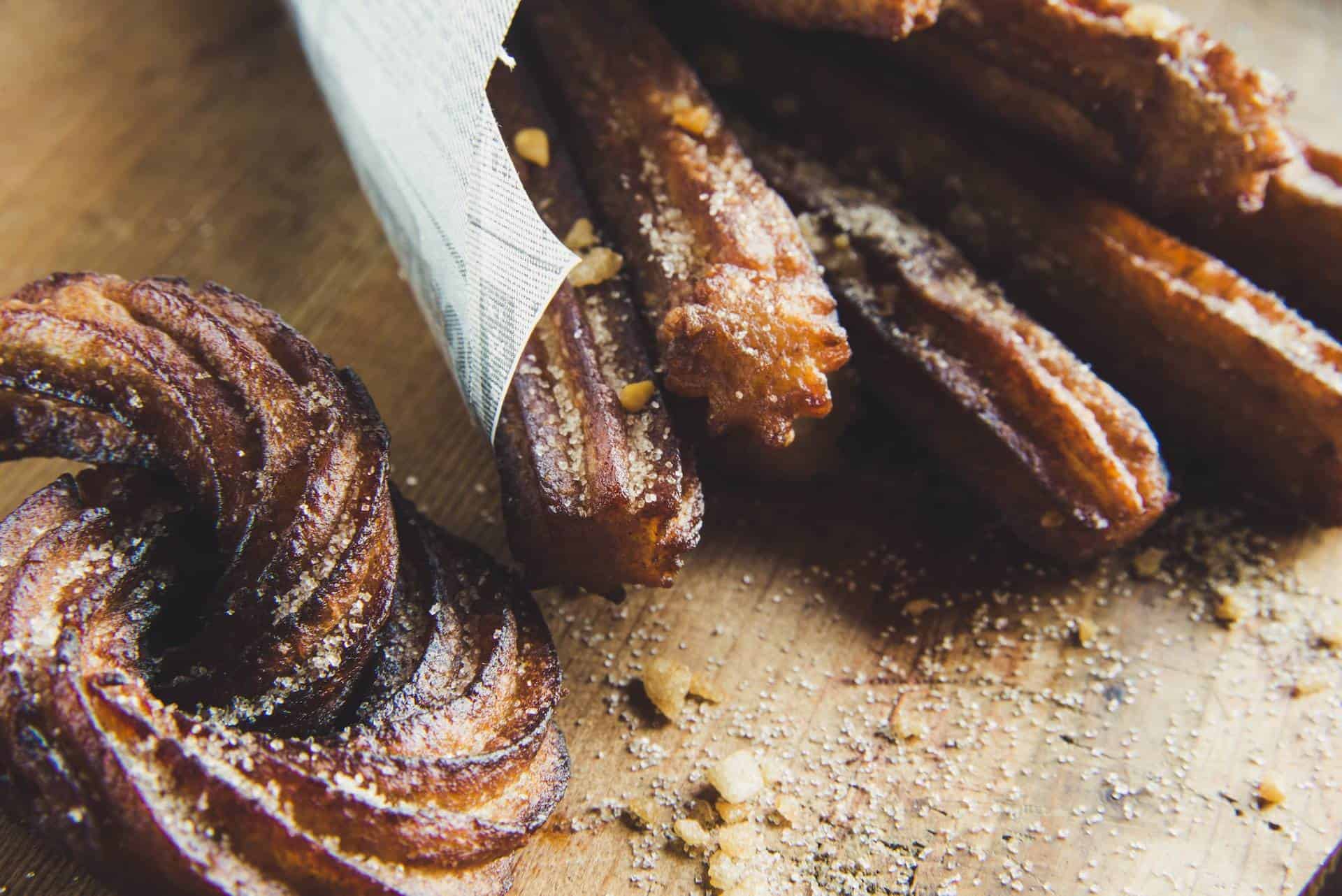 Two whole weeks of Peruvian food, and up until this point we had managed to avoid the temptation.

On nearly every street corner, a gust of cinnamon-sugary-fried-dough-scented air tantalized our taste-buds until we could no longer resist. The realization that we would soon bid adios to South America, and along with it, to churros, just became too much for us to bare.

The street vendors of Lima were about to cash in on our failed attempt at self-deprivation and utter lack of self-control. We completely caved, and bought a lovely, crisp, caramel-filled churro from a delightful man in Miraflores. You can rest assured that next time we won’t wait so long to indulge!

The next time you find yourself in Latin America, we hope you will avoid making our mistake of delayed gratification and grab a nice crispy churro within hours of your arrival. And, because we care about you deeply and value the authenticity of your cultural experience abroad, we offer you these five important facts to thoroughly enhance your next churro encounter.

The Spanish Conquistadors introduced more than just guns, germs, and steel to the Americas.

No, I’m not talking about syphilis, I’m talking about the Churro! Although there seems to be some controversy over exactly how the Spanish developed the Churro, they definitely get credit for bringing this savory treat to the Americas. As for the origin of the churro, one theory posits that Spanish shepherds, who lacked access to ovens, developed the pastry as it was easy to fry in a pan over a fire. Other theories suggest it was actually the Portuguese who discovered churros while in China, and brought it back home with them. Regardless of its origin, it’s still delicious, and most countries have since added their own twist to it anyway.

The Break-Down: Justin purchases our first — and only — Churro of our trip to Peru from this friendly vendor in Lima’s Miraflores’ Kennedy Park.

They can explode, but usually don’t.

Recent headlines warned of “exploding churros!” A Chilean newspaper was successfully sued for printing a churros recipe that led to serious injuries to at least 14 people when the churros they made exploded! Although it took seven years to resolve, the Chilean Supreme Court eventually ruled in favor of the plaintiffs, claiming the oil temperature listed in the printed recipe was too hot.

Your trip to Latin America would be incomplete without indulging in at least one.

Although these puffy sticks of sugary dough are practically ubiquitous in most every Spanish-speaking country throughout the world, it’s practically a sin to pass them up. Sure, it’s a bit cliche, but it’s like going to New York and not getting a hot dog from a street vendor; visiting Chicago and skipping the deep-dish pizza; stopping in Philadelphia and spurning the cheese steak … you get the idea. It’s culture, it’s tradition, and it’s important. Eat a churro, it won’t kill you! (Although as mentioned in #4, eat at your own risk … )

You can make your own!

So if you’re not adventurous enough to sample a churro from a street vendor and you would prefer to enjoy yours from the comfort of your own home, I have good news: you can! Indeed, there are plenty of recipes for Churros online. You can then enjoy them anytime you want, without waiting for your return to Latin America. Might I recommend dipping them in hot chocolate, tea, or coffee, as you would a biscotti. If you’re really into sugary dough, you may even want to expand your kitchen adventures to include a delicious recipe for Churro pancakes.

Churros are often filled with a sweet surprise. Depending on where you get them, it may be filled with chocolate (please!), fruit jellies (like the Guava-filled Churro in Cuba, which we Americans now have at least some hope of sampling one day), or sweet caramel, like the one we had in Peru. I suppose they’re also filled with grease, sugar, fat, and calories, though try not to dampen the pleasure of your indulgence by thinking of such negative things.

So what are you waiting for — there’s bound to be street vendors everywhere! Grab a churro (or two!) and enjoy!

Where have you tasted the most delicious churro?

Salt Flats Uyuni, Bolivia: As Far As the Eye Can See

Things To Do in Manaus, Brazil: Visit Teatro Amazonas

How to Pack Lightly with Precision

How To Travel the World on a Budget