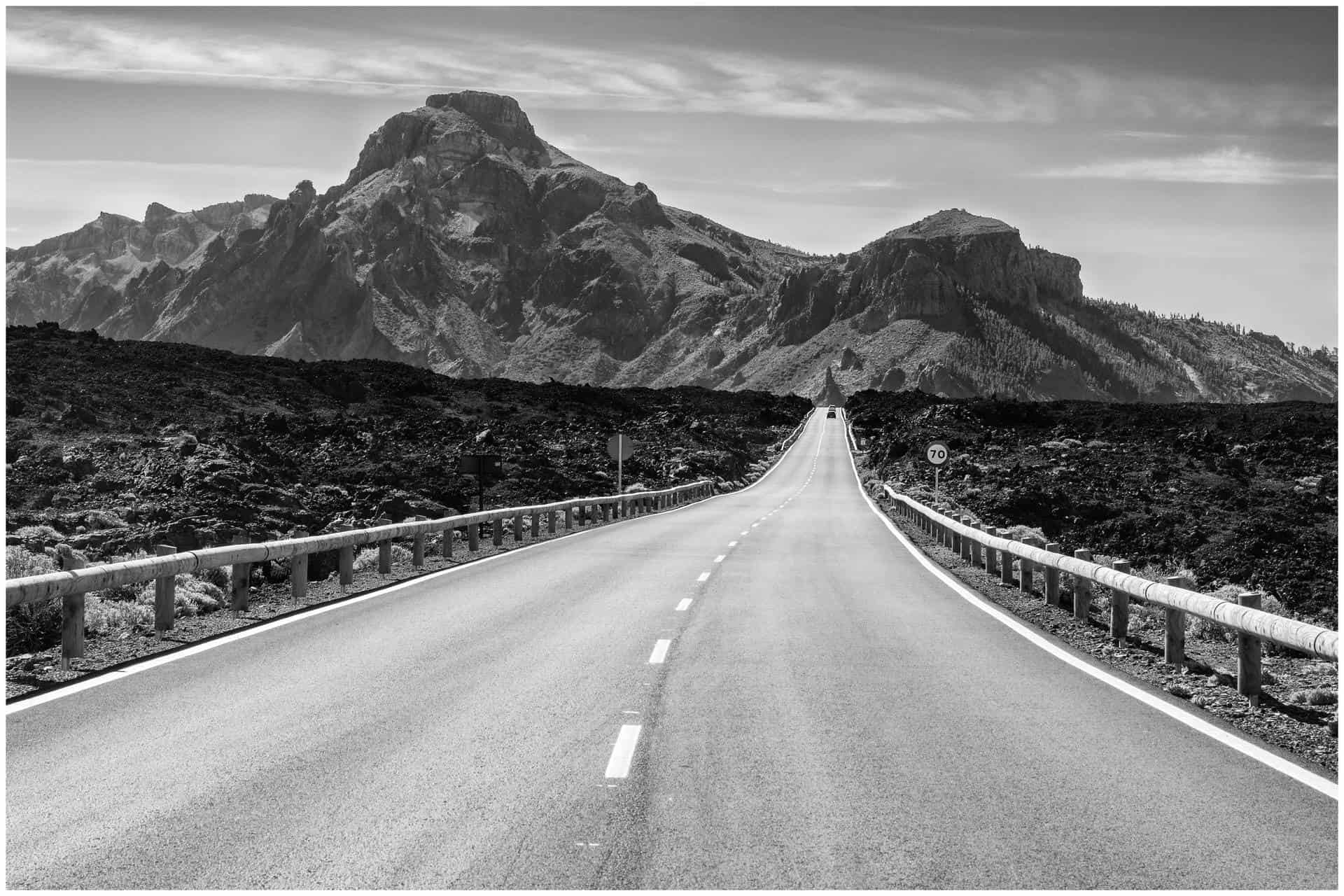 Car hire on Tenerife is probably cheaper than in most other European countries.

On an island where so much beauty is hidden away from the busy tourist resorts of the southern coast, it pays dividends to get out onto the roads in Tenerife and discover some hidden gems…like The Forgotten Road.

Rent a car from Europcar.

The roads in Tenerife, Spain

Twisting its way above Tenerife’s east coast is the road that was once the lifeline between north and south. But when the motorway was constructed in the 1970s the route was all but abandoned.

This landscape is characterized by deep barrancos (ravines) which split the terrain and historically made travel a time consuming and hazardous affair. It wasn’t until the 1930s when the construction of a series of bridges joined together multiple sections of highway that an effective route from the south of the island to the north opened up.

The Forgotten Road in Tenerife

Today the easily navigable TF-28 is an ideal way to get to know Tenerife’s rural roads, snaking its way over those emblematic bridges, empty of traffic and filled with surprises.

The route begins above Los Cristianos and takes you high above the coast to the Mirador de Centinela where, from its landscaped terraces you can gaze over the volcanic cones, pumice-lined terraces and tourist centres of the south coast. The Forgotten Road traces a timeline from those developments to a different pace and face of Tenerife.

Dotted with towns which bustle with activity in the mornings and then doze away the afternoons, hidden treasures lurk behind façades, like the village of San Miguel whose prettiest profile is tucked well away from view, and Granadilla where pastel coloured houses line cobbled streets.

Beyond the bigger settlements the landscape dominates; patterned in rows of vines and potatoes and riddled with small natural caves which act as storage rooms for crops.

Other road users all but disappear as more bridges are crossed and you arrive at the surreal and secret setting of Arico Nuevo. Entirely hidden from view of the road lies a cloistered hamlet of white houses with crooked roofs and faded red Arabic roof tiles where, mid-afternoon, the only movement comes from the rustle of flamboyant bougainvillea spilling over white walls and the yawning stretch of a cat on a roof.

As the road winds towards Fasnia the abandoned hamlet of Icor appears on the horizon like a ghost; its 17th century houses constructed from local stone so that their walls blend with the surroundings to the point of obscurity. The odyssey of tunnels and bridges turns to Tolkienesque peaks skirting the Güímar Valley as you approach its enigmatic pyramids. At the stylish little harbour of El Puertito, a refreshing swim and some tasty sardines await you at the end of your journey along the iconic Forgotten Road.

Rent a car from Europcar.

Everything you Need to Know about Dia de Camões