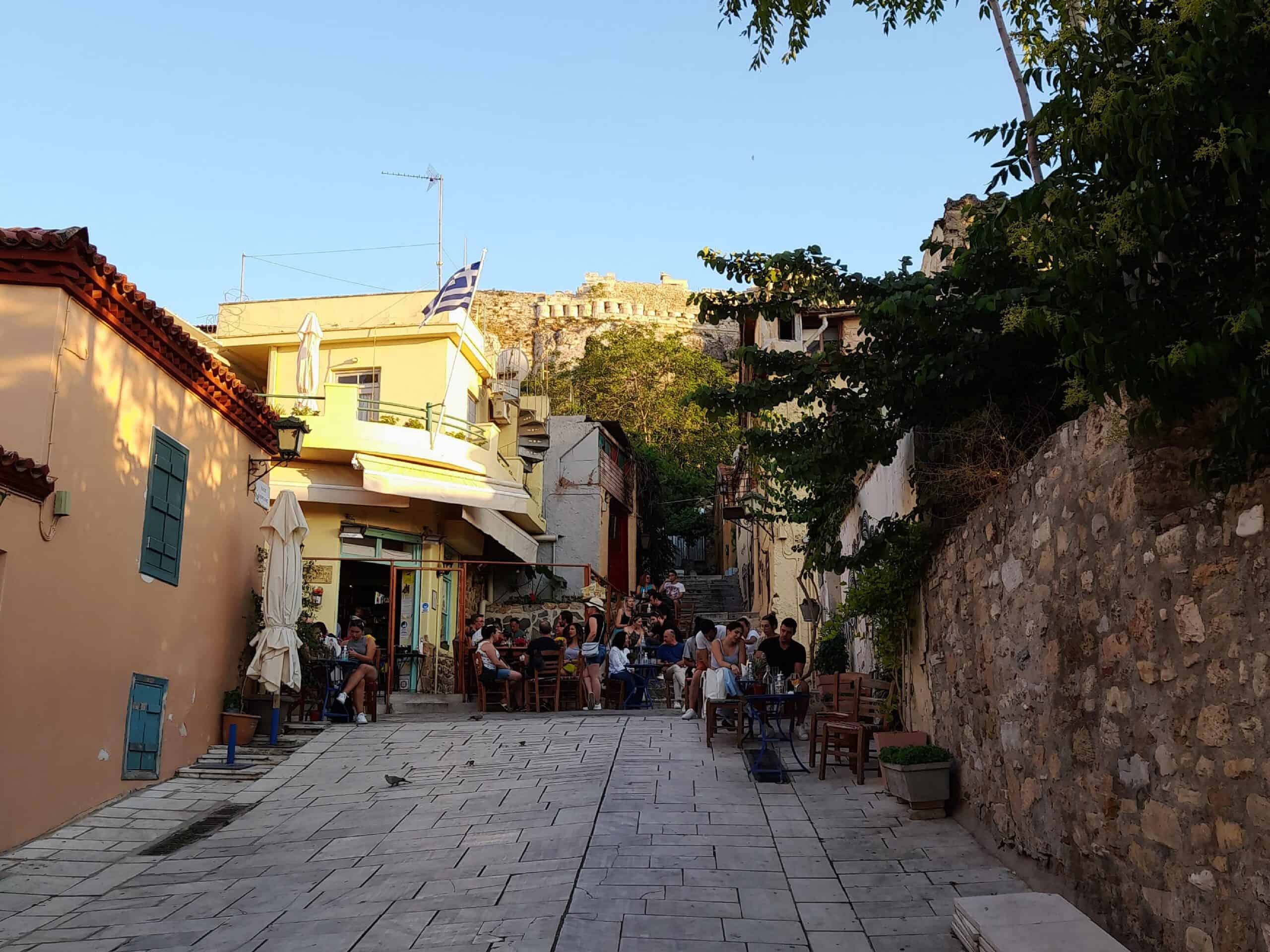 Looking for the most mouth-watering street food in Athens? Keep reading…

Every trip to any destination, to be complete, must include the local flavours and aromas of the place you’re visiting. A guilty pleasure of every trip is to try the street food that is available, starting with distinct local flavours but also including local versions of popular street food from other countries.

Athens is a real paradise of gastronomy, where the visitor can find and try everything. High gastronomy, national cuisines, local cuisines, patisseries, and bakeries, but also excellent street food. This article maps the most popular Greek street food in Athens and where to find it. We start with extremely unique local flavours, but we also refer to beloved international street food.

Where to find the best street food in Athens

For real local flavours, make sure to add the below street food to your “must eat in Athens” list.

Although you will have heard a lot about the rich recipes of Greek cuisine, you’ll be surprised to learn that the Athenians’ favourite breakfast is the koulouri. It is a small circular bread made with flour and yeast and sprinkled with sesame seeds. Sometimes it’s crunchy, sometimes soft, but it’s always tasty and healthy.

Some historians believe the koulouri originated during the Byzantine period. It then became popular in Thessaloniki when the Greeks from Asia Minor brought it to the city in around 1922. That’s why you will often find it called koulouri Thessalonikis.

In Athens, you can buy it in bakeries, street vendors, and, today, specialised stores that sell different variations of the classic koulouri. But you can eat the best koulouri in two places:

These are Greek doughnuts that have a round appearance and a nice golden colour. They are made with flour and salt and are covered with honey syrup and cinnamon. This dessert probably comes from Ancient Greece, where it was made and awarded to the winners of the Olympic Games.

In today’s Athens, there are various shops that have loukoumades on their menu. However, the best ones you can try are in two shops that maintain a decades-old tradition and in one that wants to offer a more modern version:

Another favourite morning snack of the Athenians that accompanies their coffee is the cheese pie (“tiropita” in Greek). There are many variations of cheese pie. You can find it with puff pastry (sfoliata), with shortcrust dough (kourou), or with traditional phyllo stuffed with various types of cheese. But the original is always made with feta.

In the centre of Athens, there are three shops that make cheese pies that really stand out and have become part of the gastronomic history of the city.

This is is a Greek pastry (sweet or salty) consisting of custard cream, cheese, spinach, chicken or minced meat filling between layers of phyllo. Bougatsa is served sliced into small pieces and the sweet one with powdered sugar and cinnamon on top. The origins of bougatsa can be traced back to Constantinople and Byzantium. Bougatsa spread all over Greece after 1922 and was established as a popular snack in Serres and Thessaloniki by the refugees from Asia Minor.

There are many places in Athens that make bougatsa, but you can eat the most authentic ones at three places.

This boat-like bread is a type of open pie, containing cheese and other fillings. Its characteristic is the buttery dough and the fresh butter usually added on top. Its origin is in Turkey and its name comes from the Turkish word “peynirli” which means “with cheese”. But, it is also known as the “pie of the Black Sea” and is a very popular delicacy of Georgian cuisine (where it is known as “khachapuri”). In Greece, peinirli came along with the refugee flows of the 20th century. Although it is one of the most popular street foods in Athens, there are only a few places in Athens where you can taste it in its original form.

The king of Greek street food is definitely souvlaki. It consists of small pieces of meat grilled on a skewer. The original souvlaki is made with pork (but nowadays it is also made with chicken, beef, or lamb) and served with a slice of bread. But souvlaki is also served wrapped in pita bread along with tzatziki, tomato, onion, and sometimes fried potatoes. This version is called tylichto (which means “wrapped” in Greek).

Apart from the meat on a skewer, tylictho can also be filled with gyro, kebab or burger. Although souvlaki restaurants (“souvlatzidika” in Greek) have always existed in Athens, in the last 20 years there has been an explosion in the number of stores offering souvlaki. In this way, it is very hard to suggest which is the best.

However, the following four places are really worth a visit:

The sandwich is a popular snack for all hours of the day in Athens. For many years, the term “vromiko,” which means “filthy” in Greek, was mostly used to describe sandwiches in Athens. These sandwiches are frequently cooked by street canteens using cheap materials (hence the nickname). Also, it has long been a favourite supper for people coming home from nighttime entertainment. However, things have changed and there are now many different sandwiches available, both in terms of quality and ingredient selection.

When talking about sandwiches, Guarantee (Veikou 41, Koukaki) is always a reference point. For the past 34 years, it has been creating fresh sandwiches in the heart of the Koukaki neighbourhood. Here, the uniqueness, quality, and variety of choices make a difference. Choose from more than 150 different ingredients to create your own sandwich.

Finally, one of the best options for street food is Talking Breads (Spirou Trikoupi 11, Exarcheia). Here they use only the highest-quality ingredients. Everything is perfect, right down to the last ingredient and the freshly baked butter bread. Despite the fact that many customers come here for the burgers, we opt for the five creative sandwiches.

Probably one of the most famous dishes in the world is pizza. It was invented in Naples and since then, along with its variants, has spread all over the world. In Athens, you can find numerous places making pizza, as it is one of the Greeks’ most beloved dishes. The following four places serve excellent pizza and are located at or near the city centre.

It is a favourite street food of millions of people around the world and has its rightful place in the hearts of the Athenians. Although twenty years ago you could only find burgers in fast food chains, now they have acquired their own separate place in the culinary history of this city. Today you can find many variations of the burger, from the most gourmet to the most simple street version. Three excellent options for a tasty burger in the city centre are these three places.

The steamed buns, which originated in China have conquered the world in the last decade and have become a favourite street food in Athens. They are made with fluffy white dough and filled with various types of meat, vegetables, and usually spicy sauces. Athens is no exception to this new trend. Several restaurants have added bao buns to their menus, and many specialised shops are making them. Even the popular Greek fast food chain Goodys has introduced bao buns to its menu.

I hope the information above has persuaded you of the variety of street food in Athens. Of course, there are other locations and delicacies to explore. Although this a detailed guide, nothing can compare to the chance discoveries you can make on your own during a journey.

Free Walking Tour – What to Do in Berlin in Winter

Outdoor Things to do in Gothenburg, Sweden

A Guide to the Most Beautiful Cities in Italy to Visit