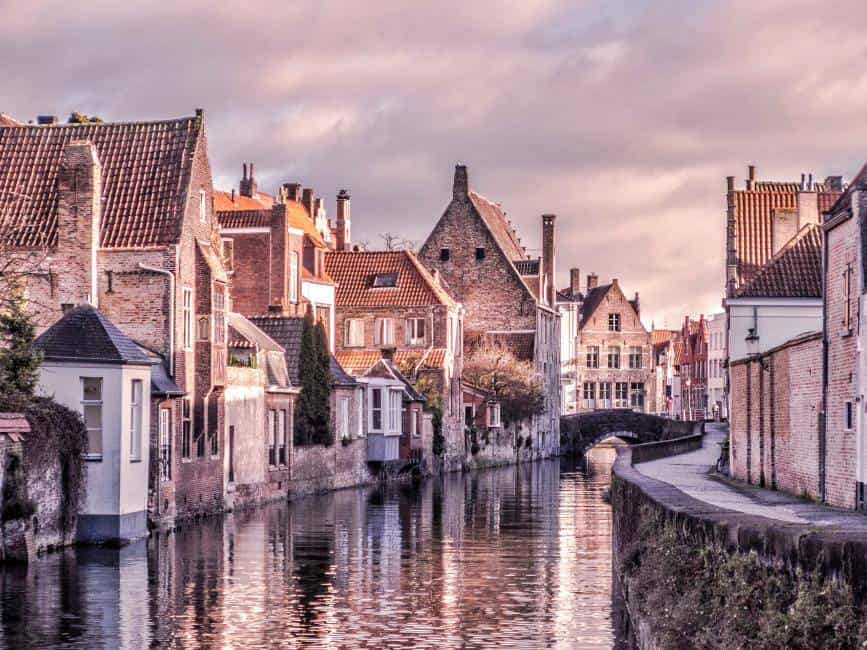 If you ask us, the best things about visiting Brussels are its Grand Place, Marolles Flea Market and the variety of awesome day trips from Brussels that you can take.

Take a glance at the map, Dear Reader. Every part of Western Europe is easily reachable: France, Netherlands, Luxembourg, Germany, just several hours and you are already in the United Kingdom.

Brussels is a perfect location for exploring Europe, isn’t it?

After half a year living outside Brussels, we believe that we took quite a lot of this distance advantage and now we could easily give you a tour not only around the best of Belgium cities, but also through many of the Dutch, French, German, or Luxembourg’s top destinations. Therefore, we decided to share some useful tips from the country that we are currently exploring.

Let’s imagine. You came to Brussels for a weekend or more. Explored its city center, admired the Grand Place (both day and night!), watched a sunset over Mont-des-Arts, had a morning walk in Marolles Flea Market, and now you are looking for ideas how to make the most of this trip. Then you find this blog post about the best day trip destinations from the capital of Belgium.

You read it, jump into a comfy pair of shoes, then – straight to the train station and… leave towards one of the best Belgian day trip destinations!

Antwerp is the second biggest city in Belgium located in the Dutch-speaking region of Flanders. It is considered to have one of the biggest ports in the whole world – second in Europe, and among the TOP 20 worldwide. But that’s just dry information. The fact is, Antwerp is old and a very rich city housing a lot of interesting and most importantly, magical attractions.

Start your journey early in the morning. Take comfortable shoes. Go by train. You will see, Dear Reader, your jaw will drop from the moment you will step into central station.

Ghent is one of the cities where we could return again and again. For people who love magical destinations as much as we do, the breathtaking view from St Michael’s bridge should make it one of the most awesome places in Europe. It looks like a Hogwarts-themed movie set. Simply magical.

Built at the confluence of two lovely rivers, Ghent has a perfect combination of sights to see and things to do. It owns a really majestic medieval architecture, lovely riversides, vibrant squares and a lot of cool places to enjoy a good meal with a bottle of good Belgian beer.

Venice of the North; medieval fairytale; an outstanding example of brick Gothic; one of the commercial and cultural capitals of Europe; a city that will capture your heart. These and many other epithets are used to describe the uniqueness of Bruges – a small medieval city in the western part of the country. A day trip to Bruges is a wonderful addition to your Brussels itinerary.

If you choose Bruges as your day-trip destination, you will find yourself in a true fairytale town. Small, lovely houses and courtyards, charming and vibrant Grote Markt square with a majestic Belfry in the corner, tasty Belgian waffles and beer, peaceful parks and squares. What is more, Bruges is often named the no. 1 place to visit in Belgium. So, I believe, this is a strong argument for Bruges to become a strong leader for you to choose.

Don’t miss: Basilica of Holy Blood, Grote Markt Square, Church of Our Lady and its backyard, Minnewaterpark, Begijnhof Abbey and its courtyard.

Check out the below video as En Route Traveler takes a day trip from Brussels to discover Bruges’ Gothic charm.

Bruges feels like a medieval fairytale land. The city’s compact size and egg-shaped perimeter make it conducive to aimless wandering.

Located in the central part of the country, Leuven is famous for Catholic Univesity of Leuven, the oldest university in the coastal part of Western Europe and the oldest Catholic university in the world. So, as you can guess, this fact means two things. Firstly, the city has a very long and rich history, which leads to the rich culture and marvelous architecture. And that is a fact! Leuven radiates its good manners, not to mention looks – the city is spectacular! Secondly, Leuven is a city ruled by students and this made it forever young and vibrant.

In addition, Leuven is only half an hour away from Brussels, so if you want to avoid spending time in the car, train or bus as much as it is possible, then Leuven is your city.

Located at the confluence of rivers Meuse and Sambre, Namur is a capital of Wallonia region, a French-speaking part of Belgium. City is surrounded by a hilly Ardennes mountains, which owns probably the most beautiful natural landscape in whole Belgium. Thanks to it, Namur is located on a hilly territory above those two beautiful rivers, and this is what makes this city unique.

If you want to have a long and picturesque stroll around the green hilly landscape, then you should pick Namur as your day trip destination. Spectacular panoramic overlooks, peaceful riversides, cozy streets and a spice of Italy in the architecture of Namur will make you re-think the way you thought about Belgium. It is a city, that pops out from the generic picture of the country!

Antwerp is for big and magical city lovers, Bruges and Ghent will make you feel like in a fairytale, Leuven – will show you the old and glorious days of medieval Belgium, while Namur will offer a walk where nature and architecture will combine.

What is more, these five cities are only the beginning of the long, long list of places that are perfect for day trips from Brussels. France, Germany, Netherlands, Luxembourg – everything is so close here!

So, don’t hesitate and pack your bags for Brussels. You will be amazed at how much you can discover here.

The Best Log Cabins in the Lake District, UK

Things to do in Puerto de la Cruz in the Canary...

How to Use an eSIM for USA Travel