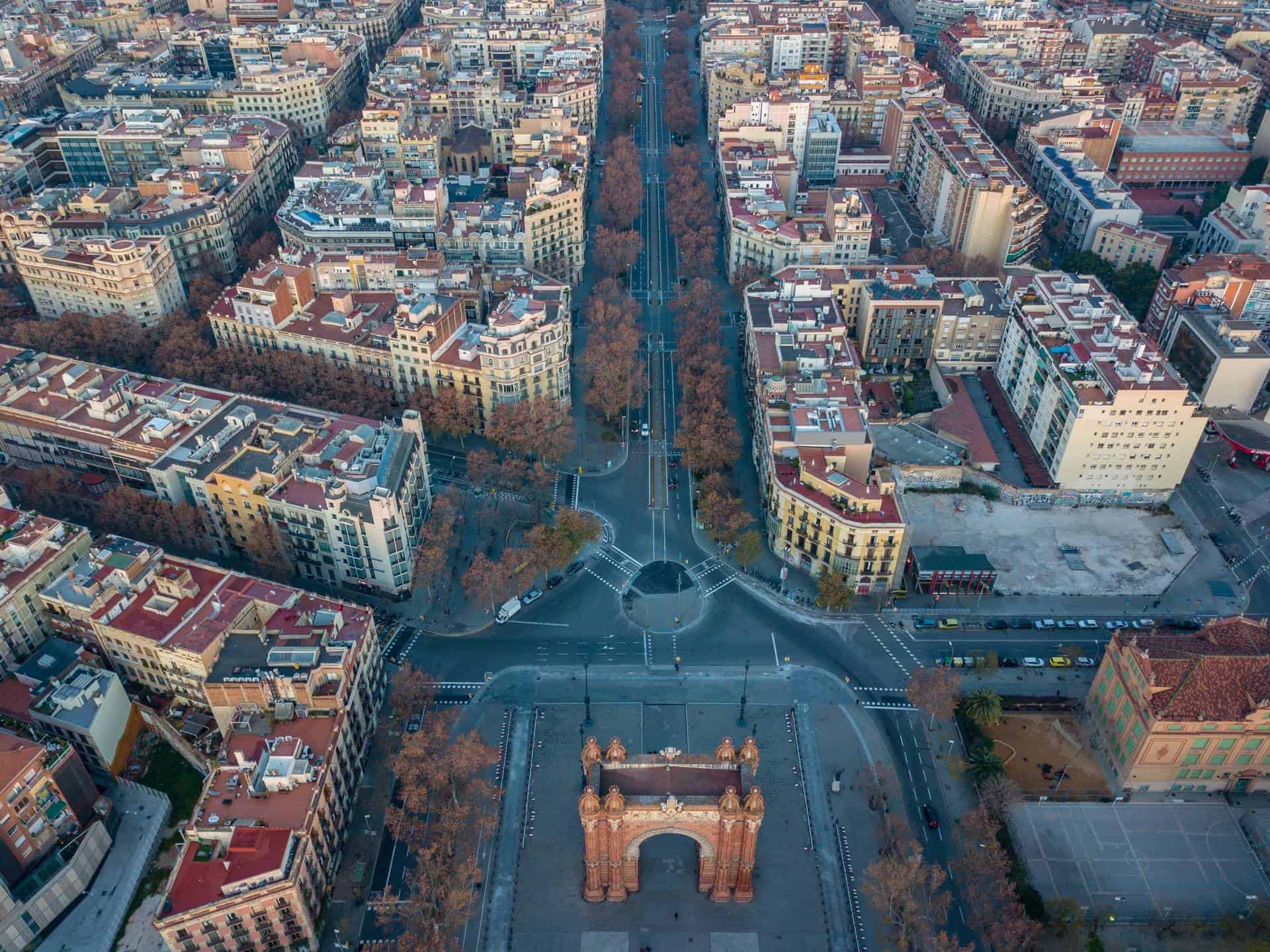 Whether you’re a beach bum, culture vulture or simply livin’ la vida loca, Barcelona is the ultimate destination for a weekend in the sun!

But as much as it’s famous for amazing architecture, an awesome nightlife and delicious Catalan cuisine, there are a few things the city likes to keep on the DL. Which is why we’re sharing a few interesting Barcelona facts that we bet you didn’t know!

Did you know that Barcelona is the 4th most popular city in the world for selfies? A recent study analyzing over six million tweets, Facebook posts, and Instagram uploads found the city came in at no.4 for the most popular selfie location. Happy snappers captured iconic attractions such as Camp Nou, Barcelona’s beaches and the Sagrada Família.

Did you know that once Gaudí’s infamous Sagrada Família is competed, it will be the tallest church building in the world at a massive 557.8 feet (170 m). Funded solely by public donations and ticket entry fees, the basilica has been under construction since 1882 and is expected to be completed around 2026, almost 150 years after the construction first began!

It’s one of the biggest tourist attractions in Barcelona.

Did you know Portal de l’Ángel is the most walked street in Spain? Yep – it’s not La Rambla after all. Approximately 3500 people stroll along the street every hour. In this area you will find famous clothing chains, jewelry stores and the shopping centre El Corte Inglés.

Did you know Barcelona is considered the “best beach city” in the world by National Geographic, but its beaches weren’t used for leisure until 1992. Prior to then, Barcelona’s coastline was non-existent, simply overrun by industry. It wasn’t until Barcelona’s redevelopment for the Olympic Games in 1992 that the city converted the seaside area into the exemplary 4.5km of beach it is today. They even imported sand from Egypt!

Did you know that Gaudí was not the original architect of La Sagrada Família? Francisco de Paula del Villar y Lozano was the first, but due to a fundamental disagreement with the chairman Joan Matorell, Gaudí took his spot. As of now the emblematic Sagrada Família has been under construction for over 100 years!

Did you know that Barcelona is one of the world’s top destinations for LGBT travelers? And to be more specific, Sitges, a small costal town 40 minutes from Barcelona, is home to Spain’s first-ever gay disco. Now, this lively town hosts some of the wildest parties known in all of Spain, such as then legendary Sitges Carnival and Sitges Gay Pride.

Did you know La Rambla is not one but five different avenues? Starting from Plaça Catalunya and ending at the Columbus statue creating one long promenade, this strip is one of the most visited attractions in Barcelona. It was built on a dry riverbed.

Did you know that Flamenco dancing isn’t that popular in Barcelona? The Spanish dance originated in Andalusia, in southern Spain, and the Catalans don’t appreciate it as much as in other parts of the country, favoring their own traditional dance, La Sardana. However, you can still catch some amazing flamenco shows in the city.

Did you know the founding origin of Barcelona is still in dispute? There are two Spanish legends; the first suggests that it was Barca, Hannibal’s father, who rebuilt the city in the 3rd Century B.C. naming it Barcino after his family. The second claims it was founded by Hercules, 400 years before the building of Rome.

Things to Do in The Hague: A Local’s Guide

Tips on How to Stay Safe in Prague

The World’s Most Famous Volcanoes