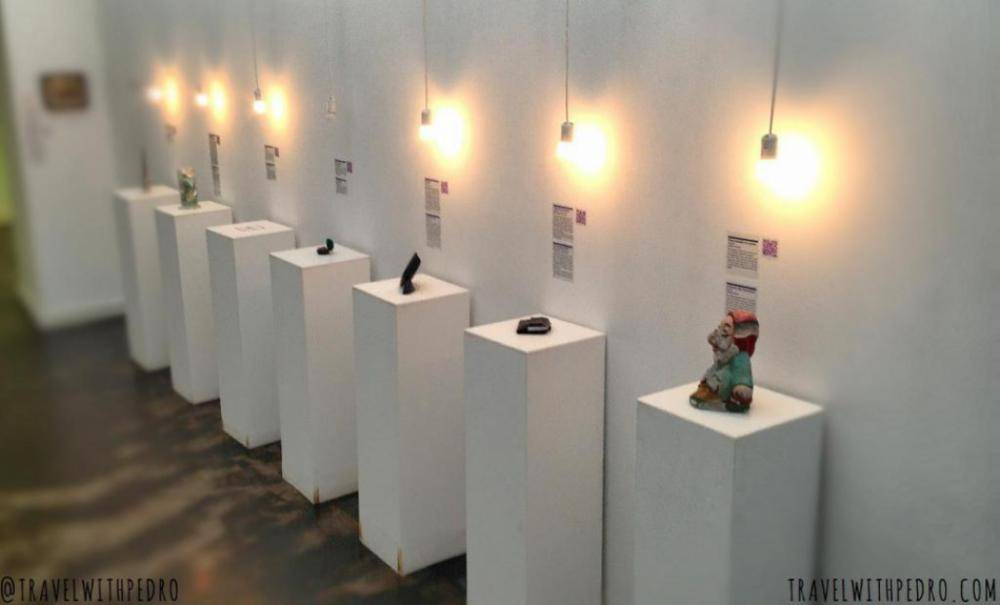 If you are a museum buff, you will have plenty to see in Zagreb, Croatia. From contemporary arts to ethnography and anthropology, you name it.

But if you are looking for a different museum experience, then you should visit a small museum located near Saint Mark’s church:

The Museum of Broken Relationships

When I walked past it, my first question was “what on earth is this place actually about?”

The Museum, which started as an itinerant exhibition, was founded by Croatian artists Olinka Vistica and Drazen Grubisic, when their relationship came to an end. The objects on display are simple objects you would use on a day-to-day basis. What makes them priceless are the stories that go with each one of them. Stories of love, heartbreak, passion, tenderness or pure lust.

During my visit to the museum, I could live each of the stories told by those whose relationships were broken. Some stories are so engaging that sometimes I found myself angry, sad or curious. Whoever wouldn’t like to be a little fly on the wall to watch someone else’s life, cast the first stone!

To help you get in mood, I’m sharing here some of the stories you will find at the museum:

She bought me this shaving kit for my birthday. I haven’t used it for quite some time, but I kept it as a memory of her.

Our love was passionate and we tried to break up a few times. She was 17 when we met; I was 27, married with three children. We broke up after 10 years, but the love on my side is still as strong as it was back then. In the meantime she got married and had one daughter. I hope she doesn’t love me anymore. I hope she doesn’t know she was the ONLY person I ever loved.

The man of my dreams didn’t even exist in my dreams, until I met him. Our physical passion ruled our relationship; he was a unique and spectacular lover.

This item may not be very exciting, but the circumstances by which it came to my possession… oh my! He called me in the middle of the night because he had something he wanted me to see. I drove over one hour to pick him up and we went to watch a meteor shower… from a playground. The second I parked the car he looked me dead in the eye and said “Follow me. Leave your clothes.” We spilt out of the car into the warm summer night, articles of clothes flying everywhere. Kinkiness on a park bench underneath a blazing sky, there was more fire than just those shooting stars.

I found the belt on the backseat of my car days later.  I am donating it as a token of thanks for all the moments he made me feel alive. A week after that night I moved away and saw him little after that. I never got the chance to tell him that I love him, but at least everyone who reads this will know.

If these two small items got you curious, the museum, who won the Kenneth Hudson award for innovation, has around 700 similar displays, from teddy bears to wedding dresses. All of them are paired with some very touching stories. Now, if you became single recently, what about donating some unwanted items to this very quirky museum?

Not to Miss Cities of Iceland

Waterfalls in the North West of Ireland