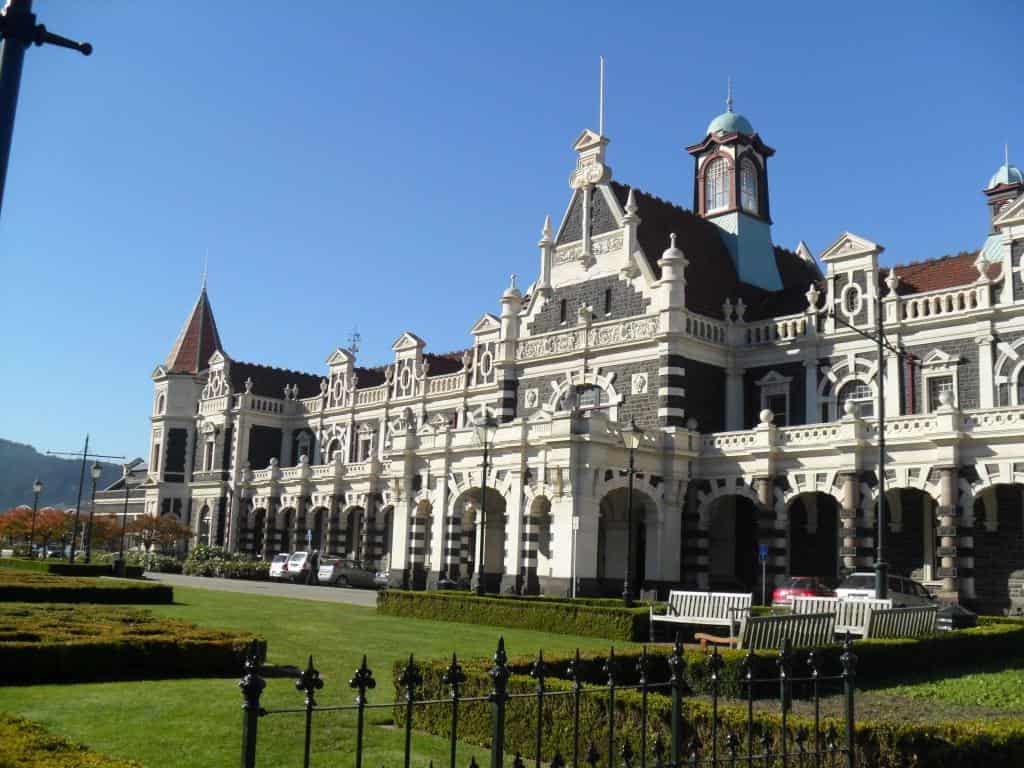 Dunedin seems to be one of those places that people often skip on their tours around New Zealand. The major tour bus companies bypass this Southern gem and I’m not sure exactly why.

There are the used bookshops that were so full you’d have to step over piles and sit on the floor to sift through the titles.

Things to do in Dunedin

There are an abundance of cafes and restaurants and two of the best tours you’ll probably go on during your entire stay in New Zealand. Skipping Dunedin would also mean missing the World’s steepest street, and no one wants that. You can also find some affordable accommodation in Dunedin if you’re on a budget.

Take a wander through the city’s central square, the Octagon, offering up free wifi in addition to sunny places to sit. Be sure to find the bookshop named for its location, Octagon Bookstore. It was once listed as the top ten use bookshops in the world. It’s the sort of place where hours go by without even realizing. You can just sit, scanning titles of classics in several languages and new one’s you’ve never heard of.

You should visit Dunedin because it is home to a South Island icon, Speights Brewery. For $25 you get an hour tour and a half an hour open bar at the end. The tour is not only full of information regarding the brewery and its history but also about the city of Dunedin and a bit about how it got its start. Anyone with the slightest interest in history or beer will enjoy this place.

If you prefer the sweeter things in life, then Dunedin has that too. On the other side of the city is the Cadbury World. It’s like walking into Wonka’s factory. The front entrance smells of hot chocolate and happiness. The full tour costs $22 while the shortened tour costs $16. Both include an abundance of tastings. Answer a question correctly, get a candy. By the end of the tour, you’ll have a goody bag full of purple wrappers and a belly full of melted chocolate.

Once you’ve consumed all of the beer and chocolate you could possibly handle, you should probably get out and get some exercise. The perfect place for that would be Baldwin Street, the world’s steepest residential street. At the bottom you’ll stand at 30m above sea level and by the time you’ve hoofed it to the top you’ll hover somewhere around 100m. Not bad for a street that’s only 350 meters long!

There is so much on offer in this vibrant city. A short distance from the centre puts you right in the middle of the Otago Peninsula where you can spot Yellow-Eyed penguins, lay on perfect, half-moon shaped beaches or head out on a hike for the day.

Why The Purnululu (Bungle Bungles) Must Be On Your Travel Bucket...