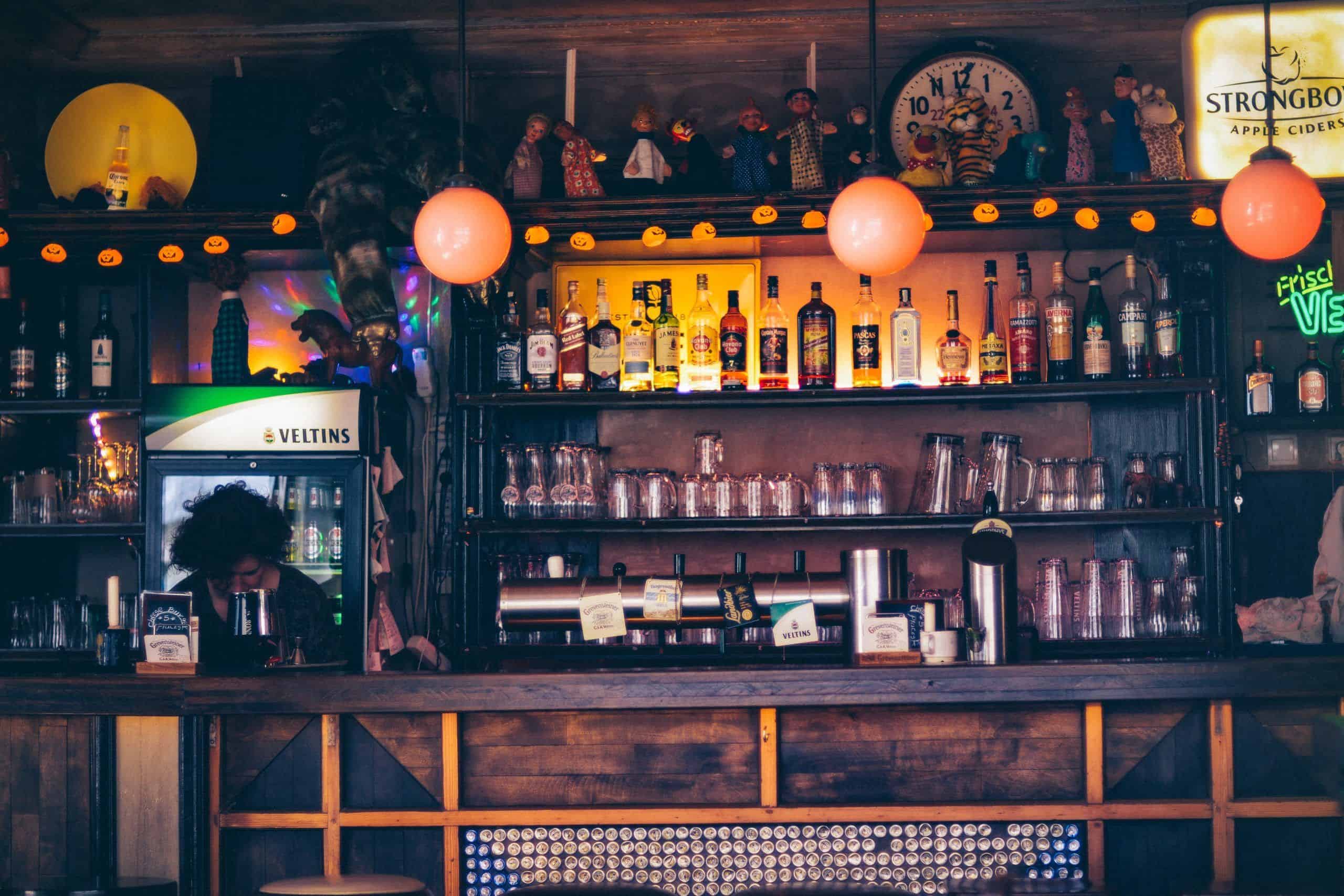 It is the capital city of Germany, Europe’s largest economy, but it is famous for being poor: ‘poor but sexy’!

It has a lot going for it, including a strong list of the best bars in Berlin! In fact, the Berlin bar scene is so vibrant that it has quite the reputation for luxury and cheap alcohol too!

Previous Berlin Mayor Klaus Wowereit once proudly described his city as ‘poor but sexy’ in a television interview back in 2004 in an attempt to attract creative types to Berlin. His ploy certainly worked and Berlin quickly became the destination of choice for Europe’s most adventurous artists and musicians.

‘Poor but sexy’ was a phrase that stuck. It resonated with the people of Berlin because it spoke at once of their strive for creativity and their distrust of corporate greed.

Most capital cities are wealthy areas, successful economic hubs that support the rest of the country. Berlin is the opposite: it relies on large subsidies from the richer southern states to survive. In 2012 alone it received €3.3 billion in support payments.

But what Berlin lacks in money it more than makes up for in creativity.

The city’s comparatively low rents and abundance of abandoned spaces makes it the perfect place for imaginative entrepreneurs to open up exciting new bars and unique drinking spots.

Famous for the Berlin Wall (see the best places to see Berlin Wall), street art, culture and rich history. But also for its nightlife – which is why we’ve put together a list of the best bars in Berlin!

Here are some of the best bars of Berlin

Bar Schmittz is a table tennis bar located on Tor Strasse in the central district of Mitte. It is a small but social venue that specialises in group games of ‘around the table’ ping-pong. Unlike some ping-pong bars you do not have to pay to use the table and, with 20 or so bats available for use, it is easy to get a game.

Bar Schmittz stays open well into the early hours of the morning, which, in my opinion, is the best time to play because as the players become more drunk they become more competitive and the good-natured, but lost in translation, taunts become more funny.

Now this bar is an absolute gem. It’s situated right across the road from S-Bahn and U-Bahn station Warchauer Strasse, so it’s easy to get to from pretty much anywhere in the city.

Like many of Berlin’s best bars and clubs, Monster Ronson’s is a gay-friendly venue. The place has a wonderful sparkly aesthetic and a liberal atmosphere perfect for, as the website states: ‘disco divas, sparking soldiers and freaks and geeks itching to shine!’

Yaam is much more than a bar. But it has a bar, and it’s awesome, so I’m going to tell you about it.

Yaam is a reggae community space, situated next to the Eastside Gallery along the River Spree. It has an urban sports arena – football, ping-pong, beach volleyball, skateboarding and basketball – a beach bar, some Caribbean food trucks and a stage for gigs.

Visit Yaam in the daytime to chill out on the artificial beach, challenge the locals to a game of volleyball and admire the artwork on the longest remaining stretch of the Berlin Wall. Or take a trip here at night and dissolve into the crowd as bassy live reggae acts take centre stage.

Die Weinerei is the perfect embodiment of Berlin’s ‘poor but sexy’ mantra. Located on Veteranstrasse in Mitte, it is a wine bar that offers unlimited refills for €2.

Unlimited refills!? No that’s not a typo. You pay €2 when you enter to ‘rent’ a glass and you can fill it up as many times as you like before you leave.

What’s the catch? Well there is no catch but there is an honour system in place and you are encouraged to leave as much as you think is fair when you are finished/drunk.

Kaffee Burger is a strange venue to say the least. For a start its name seems to have no correlation with anything found within. It is cheap beer and spirits, rather than coffee and burgers, that keep the patrons of Kaffee Burger going till 5AM each morning.

And therein lies the beauty of this bar: it is open late every night of the week and is basically free to get in (€2 on weeknights). The lively music selection, often drawing influences from the Balkans, ensures that the dance floor is populated with an eclectic and unpretentious crowd right up until the lights come on and everyone is told to go home.

If you are looking to elevate your bar experience (see what we did there?) then you will benefit from this list of incredible rooftop bars in Berlin! Overlooking the incredible scenery with a drink in hand is the best way to sign off a long day.

Here are a few of our top picks of the top bars in Berlin- rooftop edition!

Located at Hotel Indigo Berlin this modern rooftop bar is not only incredibly stylish but has a light and bright indoor lounge and cocktail bar. The whole place opens out to an open terrace with incredible views of Berlin! You can also expect fantastic service from the berlin bar staff while you’re there too! Make sure to order an old-fashioned as the restaurant bar serves one of the best I’ve had in a while!

When it comes to bars in Berlin you need to check out this incredible rooftop. In fact, it is even the one of the highest beach rooftop bars in Berlin. Decorated in palm trees, tropical delights and sand, this is your little oasis in the middle of the city. They also have a number of incredible signature cocktails, craft beers, live music sessions and phot worthy beach vibes.

This is one of the most popular bars in Berlin and it has a lot to do with its location! Situated directly on Hackescher Markt, ZOE Rooftop Bar Berlin is the perfect excuse to have some fun in the sun. This location is a brilliant blend between a luxury country club, awesome restaurant and an urban beach club.

There are also a number of comfortable sofas and chairs for you to longue on while you sip on their incredible G&Ts, and refreshing drinks, most with gin as the main ingredient.

That’s it – our list of the best bars in Berlin! There are loads more of course – but these ones are must visits!

The Best Restaurants in Cambridge, UK: A Local’s Perspective

How to Get from Helsinki to Tallinn by Ferry

Best Things to See in the Netherlands Besides Amsterdam