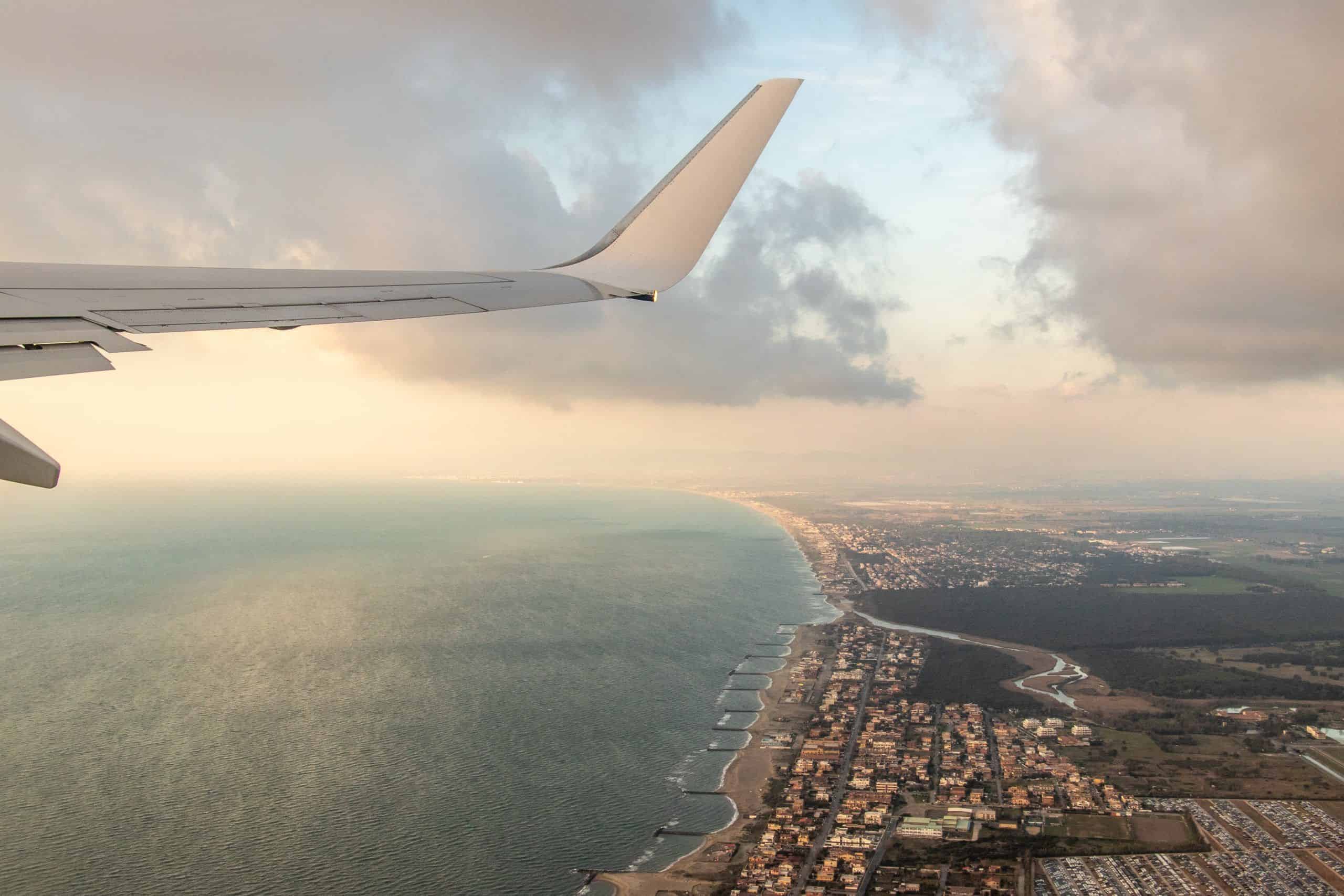 To answer right away why you should never consider flying with Ryanair. It’s quite simple. For me it’s the worst airline in Europe!

Sadly it’s also one of the biggest in Europe and that only because it’s known for cheap prices. But it’s also known for being extremely bad in many different ways and I would even say dangerous.

I made now my own experience with them, which is actually surprising, as I never wanted to be flying with Ryanair in the first place. But I had a project, where the client booked me on Ryanair and send me the ticket. Until then I didn’t know which airline I was booked on. As the flight was now already booked, I didn’t want to be fuzzy and said that I would give it a try.

And I prefer to at least have tried something, so that you really get your own impression and not the one from others, though they were so bad, that I didn’t want to support a company like this in the first place.

Two, three years ago it went through the media that a Ryanair pilot was about to land in Dublin, as he came in a bit low, he did a security round and decided for a new landing approach.

Tip: Download the Colibra app before flying and get paid every time your flight gets delayed by more than an hour – something that is happening quite often in Covid-times.

Keep in mind that he probably did not do this just for the fun for flying, but for security reasons. Afterwards, the pilot was told by his supervisor that, if he would do this another two times, he would get fired. If that story is true, it’s unbelievable and plays with the safety of the passengers. A pilot should never be under the pressure to lose his job when he makes security decisions.

Not to forget that many of the Ryanair pilots are freelancers and if they should be sick and stay in bed, they don’t get paid. I don’t want to know how many pilots drag themselves sick to work, as they don’t want to miss out the payment, as Ryanair is not known to pay good salaries.

Then there was another incident in Spain, where heavy storms were creating trouble, so that planes had to reroute and land at different airports. So the alternative airports had far more landings than usual and because of this, many planes had to do extra rounds before landing, usually no problem, as the airlines’ pilots add enough extra fuel to do so.

The Ryanair pilots only fueled the minimum needed kerosene amount and two of their planes had to ask for emergency landings, as they otherwise would have run out of fuel. And you know what would have happened then.

Reasons like those were enough for me, that I never wanted to consider flying with Ryanair.

Now I did fly with Ryanair and my return flight was cancelled. The passengers got informed about 45 minutes before departure, no reason given, though I was pretty sure that it was the striking crew. If that was the reason, they should have been far better prepared for this, as this was not a sudden strike. But why should they be prepared and take care of their clients (passengers), if you can just sh*t on them?

The only info I got was, that the flight was canceled and passengers who checked in luggage, have to pick this up again. So I got active and walked the 30 minutes, as Ryanair gets usually the last in everything, far away from anything else. That seems also to be the case for the gates and the luggage belts.

No further info from Ryanair!

So I went to the check-in desks, who of course is not Ryanair staff and who can’t help you. They send me to an aviation service who handles problems like these for specific airlines. As I first had to get my luggage, I was standing in a long line of unhappy travelers.

After waiting about one hour, the aviation staff, representing Ryanair, informed us:

“The next flight is on Friday* and here is a leaflet with your rights.” (*The original flight was on a Monday.)

That was all the info we got!

It was already 5pm and the only other flight with a different airline to the final destination was quickly booked out. Ryanair did not inform about the amounts they would cover for new flights or accommodation. I checked for room prices and it seemed that the whole city was booked out. I found a single room in a hostel for €220 per night. Would Ryanair cover this and a new flight for around €280 the next day or would I have to pay for this and go through a long process to get my money back?

So far I don’t know, as this only happened yesterday, but I’ll update this article when I know more. I made the decision to late to book that room and someone else was quicker. It was not even possible to get a bed in a 4 bed dorm room for prices around €120.

The whole situation seemed out of this world and it got worse.

In the end it got so far that I didn’t want to take the risk of booking a €400 hotel room and not getting the money back, as it’s Ryanair in the end you have to deal with. So I can now check of my list “sleeping in an elevator”.

First I just wanted to stay awake and maybe work on the laptop a bit, but as I was so tired, I just looked for a quite and weather secured option, to at least snooze a little bit. The elevator seemed the only good option. Hahaha I never would have thought that I would have to do this, though.

For your info, it was not Ryanair’s duty to find a new flight or accommodation. To deal with this situation, can be forwarded to the traveler. Ryanair “only” have to reimburse the full costs of the ticket of the journey not made or you are entitled to re-route, under “comparable transport conditions” (whatever that might mean). This sounds like they would have paid back another flight. Also if the only places left would have been in business and would have cost then €400? Somehow I doubt this.

Better airlines do not leave their clients alone and do take care of finding and paying for an accommodation and/or new flights or alternative ways of travels (train or taxi).

Then a message to the other travelers who have chosen flying with Ryanair and where a few got really angry with the aviation ground staff.

You get what you pay for. Keep this in mind. 😉

The ground staff, actually a different company, is the wrong person to shout at and they simply can’t help you. A smart decision of Ryanair, so that they don’t have to deal with situations like this. And I’m pretty sure that the aviation company’s staff hates to deal with frustrating Ryanair passengers, as there should be enough of them.

Then the passenger can choose between a rerouting or refunding:

When passengers become entitled to assistance, they must be offered, free of charge:

In the case of a delay, the airline may withdraw or abrogate these entitlements if offering them would delay the flight further.

Find more info on that in this Wikipedia article.

You would think that flying with Ryanair wouldn’t involve such tedious communication. Ryanair provides a “EU261 Disruption Compensation and Expense Claim Form“, which you would need to fill out. After adding all the info, including the extra costs you had for staying overnight, booking new flights (as Ryanair won’t help you with this, not even give you info about it), you have to wait to hear back from the airline. Expect that they will try not to deal with you, like in my case, where they wrote:

“Please be advised that we are not in a position to deal with a travel agency, we kindly request that you forward this letter to the customer and ask that they contact us directly for settlement of the claim.”

But I’m not a travel agency and I never mentioned my business. I informed them about this and guess what… so far I haven’t heard back from them. So I submitted a second form and again I got the same info and no reply on my answer. My third try will include in bold “I’M NOT A TRAVEL AGENT”.   😉

Even without this annoying situation, I would have never booked a flight with them again. They treat their clients like sh*t. It starts with charging horrendous prices if you forgot to print your boarding card (around €50), then it continues with letting you walk to the furthest away gate and to let you walk the plane. Don’t get me wrong, I had no trouble doing that, as the sun was shining on departure. But I would not like to stand in the rain, knowing Ryanair could also get a proper gate slot or bus transfer, for no extra costs (at least for most airports).

If you should have checked-in luggage, you can expect to run another half-marathon to get it from the luggage belt furthest away. Usually also not a big deal, but why all the hassle and supporting such an awful company, if you can instead just pay €20-40 more and feel so much better and safer?

I am thankful to Ryanair that they created a low-cost flight market, but to what price? Even budget travel should be fun and be safe. Flying with Ryanair is an ordeal.

I have now made my experience and my expectations got confirmed.

In future, I have no trouble to pay a bit more again or simply choose a different airport, which might include an extra train ride or even not fly at all to a specific destination, but I will definitely not support this airline again. I will certainly not be flying with Ryanair again.

Read about how to find cheap flights with a vpn

The Best Gaming Countries to Visit Around the World

Our two day sailing trip in Croatia was SPECIAL

Unique Things to do in Florence