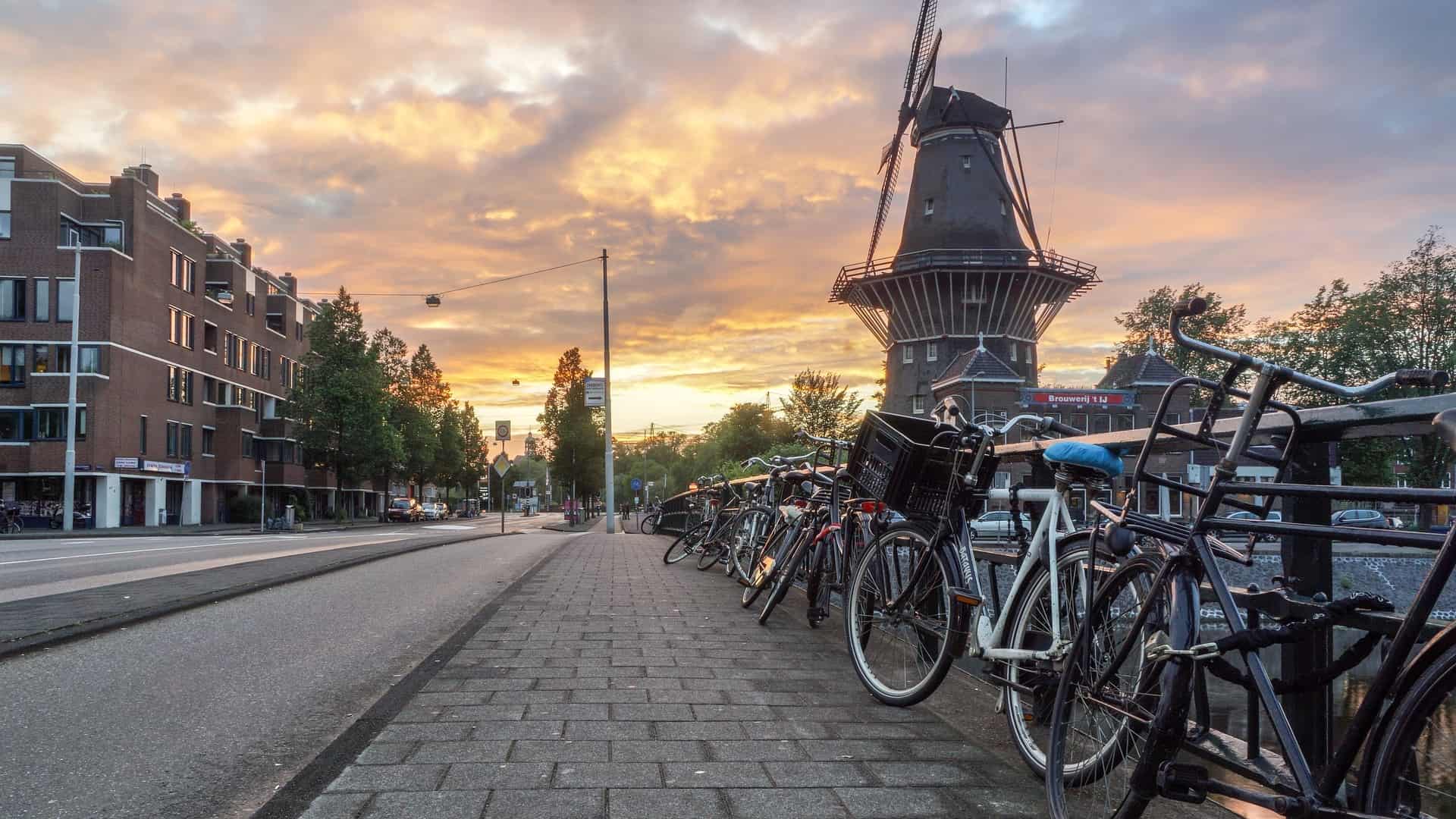 After your Intrepid tour of Europe it’s a great idea to extend your stay in Amsterdam and really get to know this fabulous city. And our first advice is to do as the locals do and get yourself a bike! But, cycling in Amsterdam is not as easy as hopping on your bike.

With miles of canals to explore and trendy neighbourhoods, it really is the best way to get around town. In a well-planned day, you could see most of the canals in the central area. It’s easy to hire a bike in Amsterdam, but with riding a bicycle, comes a few pitfalls.

You can also join a guided bike tour in Amsterdam, if you don’t want to go alone.

Tips for Cycling in Amsterdam

Here’s our tips about how to get around Amsterdam on a bicycle:

1) Make sure your travel insurance policy covers bicycle theft if you hire a bike, or will cover the excess to have it replaced. There are many bicycle hire joints around town but many don’t offer insurance for bicycle theft.

2) If you hire a bike for more than one day, enquire at your hotel so you can at least leave it in the hotel’s hands overnight rather than risk it being stolen.

3) You will normally be provided with a bicycle lock with your bike. Ask for two locks, to be extra safe.

4) Always chain your bicycle up to a permanent structure and thread through the wheels and the frame of the bike – otherwise the wheels will be taken off by would-be bicycle thieves.

5) Try to avoid riding along streets where there are tram tracks for 2 reasons:
a. Avoid getting in the way of trams – you are required to always give way to trams.
b. To avoid slipping into the tram rails (tram ruts) which are a real hazard for cyclists as you will not be able to steer and usually end up in a crash.

6) Plan your cycling route in Amsterdam in advance so you do not have to stop and look at directions too often. By stopping and starting you will be disrupting the flow of bicycle traffic and be more likely to cause accidents. If you do need to stop, turn off into a quieter part of the street, rather than in the bicycle thoroughfare.

7) Depending on where you are from, the Dutch ride on the other side of the road to what you may be used to (the right side) – so be careful and ride on the correct side.

8) Look for bicycle lanes and follow the locals – the city is criss-crossed with dedicated bike lanes. Be warned – scooters are allowed on these, and some are 2-way direction which can be confusing.

9) You do not legally need a bike helmet in Amsterdam and the locals rarely wear them, though we recommend for your safety that you bring one.

10) Don’t ride too close to the canals as there are no barriers to stop you from falling in.

11) Don’t be afraid to use your bell. The locals aren’t shy and they will tell you when you are doing it wrong. For your own safety you can do the same. If someone looks like they are about to step in front of you, then ring that bell. They’ll most likely be a tourist and will appreciate the warning.

12) Avoid De Wallen (Red Light District) from around 3:00pm. It gets crazy busy and is not as bicycle-friendly as the Western canals.

13) Amsterdam has some traffic lights for bicycles so look out for those and obey the signs.

14) If you are riding at night it is actually required by law to use a light – even though many locals don’t bother. In this case it is not wise to follow the locals.

While there are some rules to obey and some pitfalls to avoid, cycling in Amsterdam should definitely be your first choice to see the city. If you have the time to get off the regular tourist route you’ll discover quiet streets, communal squares, markets (on weekends), some picturesque images of canals. You’ll pass the sights too, but the fun is in discovering something new.

Since it does not get dark in Amsterdam until after 10:00pm from May (the Summer) – you can cover a lot of ground on a bike!

The Best Viewpoints in Lisbon

The Best Tourist Attractions in Barcelona