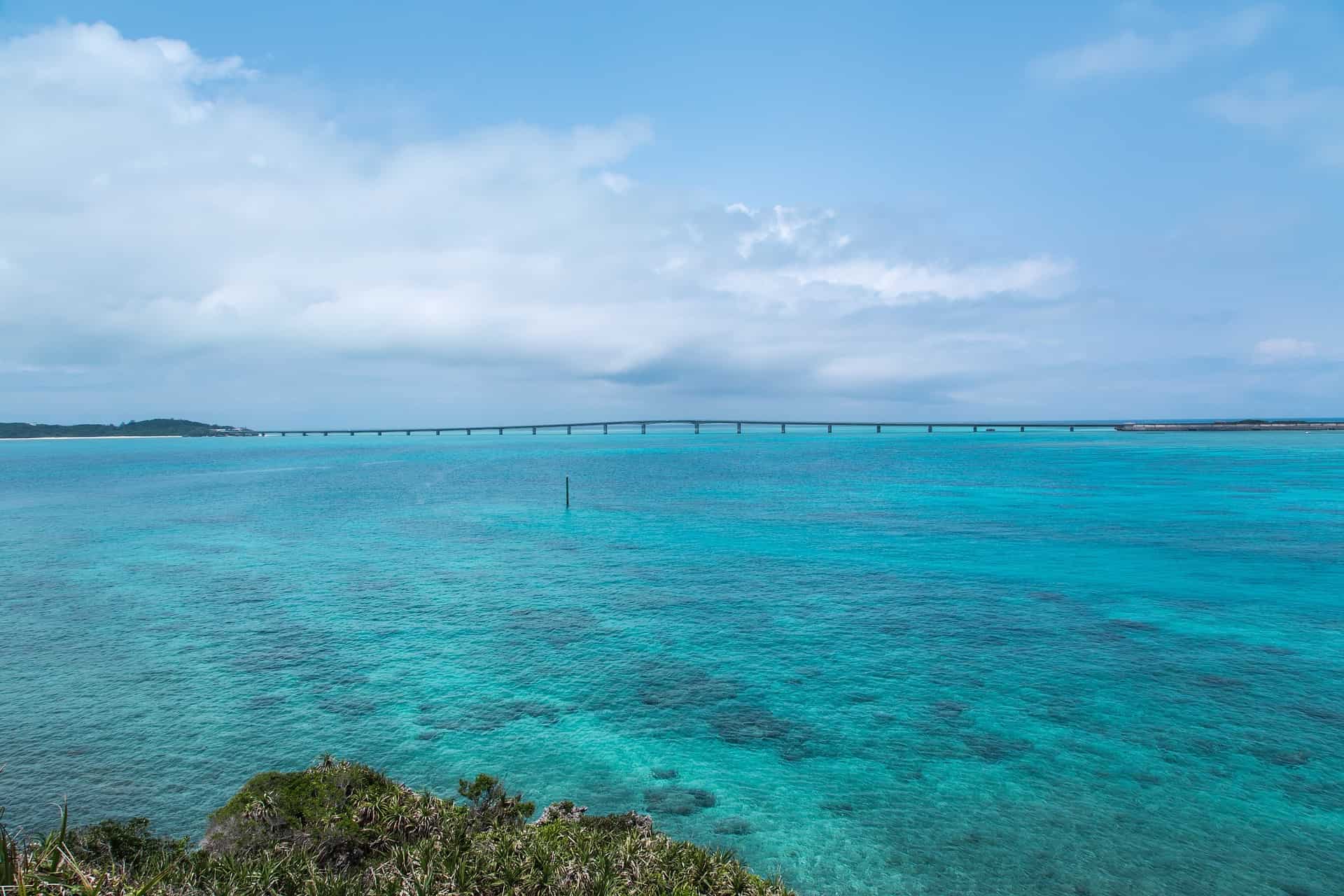 Are you looking for fun things to do in Okinawa main island? We’ve found the top places to visit and activities to do while visiting this island.

Things To Do In Okinawa Main Island

Once the royal palace of the illustrious Ryukyu Kingdom, which governed the Okinawa Islands from the 15th to the 19th century. Shuri Castle is the most striking remnant of traditional Ryukyuan architecture left in Okinawa. The current castle is a replica constructed in 1992, after the original was almost completely destroyed during the Battle of Okinawa in 1945.

The most popular tourist attraction in Okinawa’s prefectural capital. Shuri Castle makes a fascinating contrast to the feudal castles of mainland Japan. And gives an excellent insight into the differences between Okinawan and mainland Japanese design.

Kokusai Dori, or “International Street”, is the main shopping street of Naha – the capital of Okinawa. Lined with palm trees, here American-style diners and all-you-can-eat ice cream parlours jostle for space with super-tacky souvenir shops and traditional restaurants piping out sanshin “island music”. There’s no better place to witness the jumble of influences that have shaped Okinawa over the years. From traditional Ryukyuan culture to mainland Japanese influence to modern American flavour.

Okinawa offers world-class diving opportunities, with a wide variety of marine life ranging from manta rays and hammerhead sharks to sea turtles and octopi. One of the best places to dive off the main island is the “dream hole”. This is where the water is a stunning aqua blue and the fish form a living curtain that opens as you swim through. For beginner divers, the “Blue Cave” is another fantastic option. You can even go night diving!

4. Learn about war history at the former navy base

Though few people in the Western world are aware of it today, Okinawa was the site of an exceptionally bloody battle during World War Two. The Battle of Okinawa lasted for 82 days, included the largest amphibious assault of the war. And resulted in the deaths of nearly a quarter of a million people in total.

A fascinating way to learn about this macabre history is to visit the Japanese Navy Underground Headquarters, located inside a hillside just outside of Naha city. Visitors can wander through the narrow tunnels, the walls still pock-marked from the suicides of the 175 Japanese soldiers who served here.

With a name that means “beautiful ocean” in Okinawa dialect, Churaumi Aquarium is one of the best in Japan – and the main attraction in the Ocean Expo Park – built for the International Ocean Expo in 1975. The aquarium’s piece de resistance is its Kuroshio Tank. Which is one of the largest of its kind in the world and contains a variety of marine life, the most impressive being the whale sharks and manta rays.

Churaumi Aquarium is located in the north of the island on the Motobu Peninsula, about 1 hour 40 mins’ drive from Naha.

If you’re staying on Okinawa Honto for a while, an excellent day out is the Tadake Waterfall (also known as Taa Taki), in the north of the island. Whilst many of Okinawa’s waterfalls are cordoned off with fences and boardwalks, Tadake remains unregulated by the authorities. Meaning that you are free to trek through tropical undergrowth and swim in the pools at your leisure. We highly recommend taking the winding path to the pools at the top of the waterfall, surrounded by jungle and overhanging vines.

Okinawa Honto is scattered with the remains of its illustrious past, when this archipelago was an important trading nation with links to China, Japan and other Asian nations. During this period, Okinawa boasted many large castles (called “gusuku” in the local language). Whilst all of them now lie in ruins, their sites are still fascinating places to visit, with spectacular views across the island – often allowing you to see the Pacific Ocean and the East China Sea at once.

No matter where in Okinawa you are, you’re never far from a beach. One of the best ways to enjoy the sun, sea and sand is to stock up at the shop, head down to the beach and enjoy a Japanese-style barbecue. Many beaches have barbecues to rent. Which is a great way to make friends with the locals – who will be doing just the same.

No visitor to Okinawa can get away without trying Okinawan speciality cuisine, which ranges from the ubiquitous goya (AKA “bitter melon”), to American-inspired “taco rice”, Spam stir-fry, raw goat and purple sweet potato. Read more about the foods to try in Okinawa.

Finally, if you’re in Okinawa in October, head to the capital for Naha Matsuri – Okinawa’s biggest festival. Taking place over three days, the festival features dance performances, martial arts displays and a great parade. But the main event is the tug-of-war.

This isn’t just any tug-of-war – it’s the largest in the world, performed by 25,000 people with a 200-metre rope weighing 43 tons. The contest takes 30 minutes, and whichever side has pulled the other furthest is declared the winner. So if you ever fancied breaking a World Record, head on down!

The Most Spectacular Bali Volcano Hikes