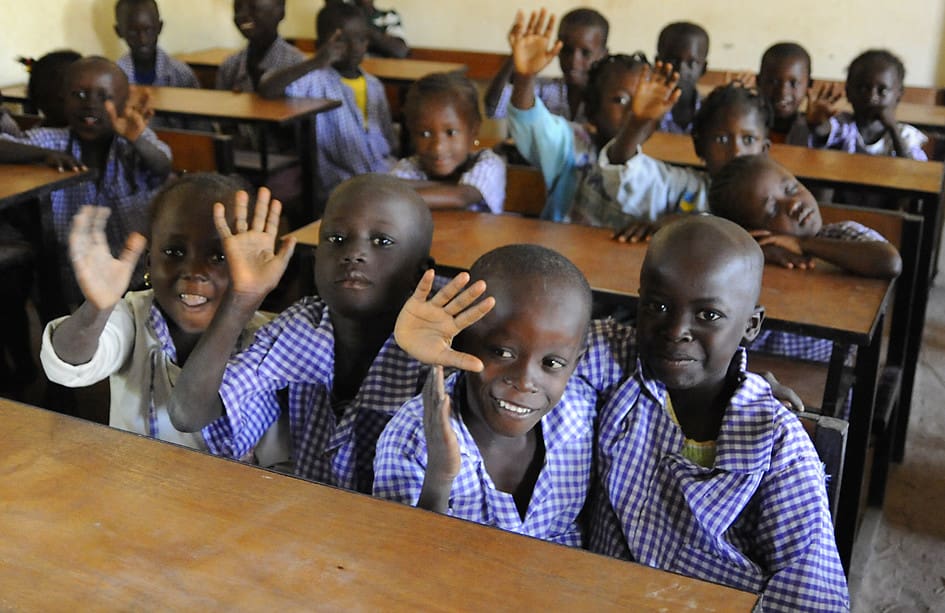 An experience of visiting Nyodemo, a school in Gambia.

Visiting a special school in Gambia

This is the day I’ve really been waiting for as we are to visit the school in Dairuharu, a district in Brikama, that we have helped build. I last visited in January.

The foundations were laid and the walls were up but their was no roof, nor windows or door fittings. The school was finished in April (the first classroom, a store room and an office) and since then we’ve provided desks, benches and a blackboard but I haven’t been able to see the finished school for myself until now.

It is the Muslim New Year today which means the school is closed and everyone is at the mosque. We arranged to visit the school a few weeks ago and we didn’t realise it could clash with this important day in the Muslim calendar. The actual date was only announced a couple of days before as it depends on the cycle of the moon. Unfortunately it was too late to change the day of our visit as the rest of the week is fully booked with visits to other schools. I’m assured that it really isn’t a problem and that the teachers and some of the children will come to the school anyway.

On the way we pick up Fatou. She has been very involved in the building of the school encouraging the other villagers to lend a hand in the construction and she has been given time of work to join us.

When we arrive in the village we are met by Yama, the headmistress and one of the teachers, who is also called Fatou, plus Kaba, who managed the build and Ebrima, chairman of the school’s committee. Sadly, Amie who also teaches at the school, isn’t very well and is unable to come.

I’ve brought a plaque to put up in memory of Lucy, whose family and friends raised much of the money needed to finish the school and some photographs showing how the money was raised. It includes pictures of us drumming and singing at Nyodema’s festival which also raised money for the school.

When we go into the the classroom all the children sing for us in English. I’ve recorded some of it (and some of the other music we heard during our visit) which I will set to some of my photos and put on youtube when I get the chance.

When the children finish singing I’m told it is my turn.

I wasn’t expecting this – I’m used to singing in a choir not on my own!… deep breath.. I sing them a song in Susu that our drumming group and choir have performed together. They seemed very pleased so I think it was OK. (Don’t worry, I didn’t record that bit.)

It is really wonderful to see the school in use but the floor is very sandy and the dust that rises up gets in your throat so sorting that out is next on our list of things to do. Yama and Fatou explain that they’d like to use what was intended as an office as a second class room for the older children. We think this is a great idea, so next on the list is some more desks and benches.

From the school we go back to one of the villager’s compounds (home) where we are joined by the Alkalo (head of the village) and his assistant. Under the shade of a mango tree we all discuss what further needs to be done including the flooring, more desks and very importantly access to water and a toilet block!

The Alkalo and his assistant both already have three wives yet they say they will each marry one of us (Muslims can marry up to four wives). When Shelagh says her husband probably wouldn’t be too keen on this they offer to wrestle our husbands! Wrestling is a very popular sport in West Africa but I’ve not heard of Gambians wrestling over potential wives before. I wonder who would win!

A Visit to Magical Mnemba Island: Discovering Paradise in Zanzibar

Where to Stay in Zanzibar

A Foodie’s Guide to Namibia Food